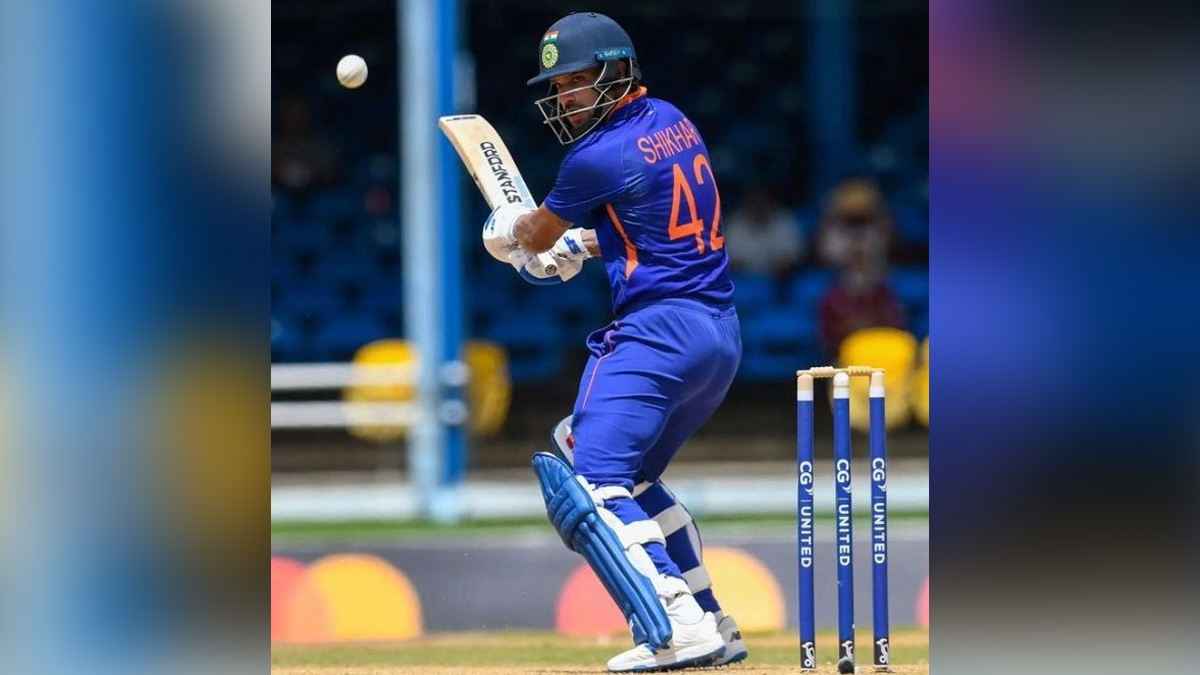 Port of Spain : India skipper for the ODI series against the West Indies Shikhar Dhawan has credited a strong “domestic and IPL cricket” for the success of the side as it chased down a mammoth 312 to win the second match at Queen’s Park Oval, and with it the series.

“I feel it was a great team performance. We made mistakes, we took the challenge and we had self-belief.”Chasing a 300-plus score in ODIs is always an uphill task and India were in a sport of bother when they required 100 from the last 10 overs with Patel and Deepak Hooda at the crease and just five wickets remaining, and Shikhar said he was “surprised” with the fightback.

“I was also surprised (with the way the batters reached the target). Hats off to our middle order. All the batters were amazing, Axar and Avesh, who got those boundaries, were amazing,” said Shikhar.”Our domestic and IPL cricket keeps us ready as we play in front of big crowds.

As Axar said, he’s done it multiple times in IPL. That brings a big stage. At the halfway stage, we felt we pulled them. We got a couple of wickets, then (Shai) Hope and (Nicholas) Pooran took off. We thought we can do it if they can.

“We started slowly, I thought we can take off against left arm spin. I got out, Shreyas and Sanju played well. There was a silly mistake with the run out. But the way Axar played was amazing. Our support staff has been excellent,” added Shikhar.

Axar Patel, who was adjudged Player of the Match for his 1/40 and unbeaten 64 off 35 balls said, winning the series was special.”It’s very special; to get it in a crucial, series-winning cause is amazing.

When I went out, I aimed for 10-11 an over.We thought it could be done as we have IPL experience. We wanted to be calm and keep cover of the rate.

This was special as this is my first ODI since 2017; even my first fifty came here. Winning the series too makes me feel wonderful,” said Patel.