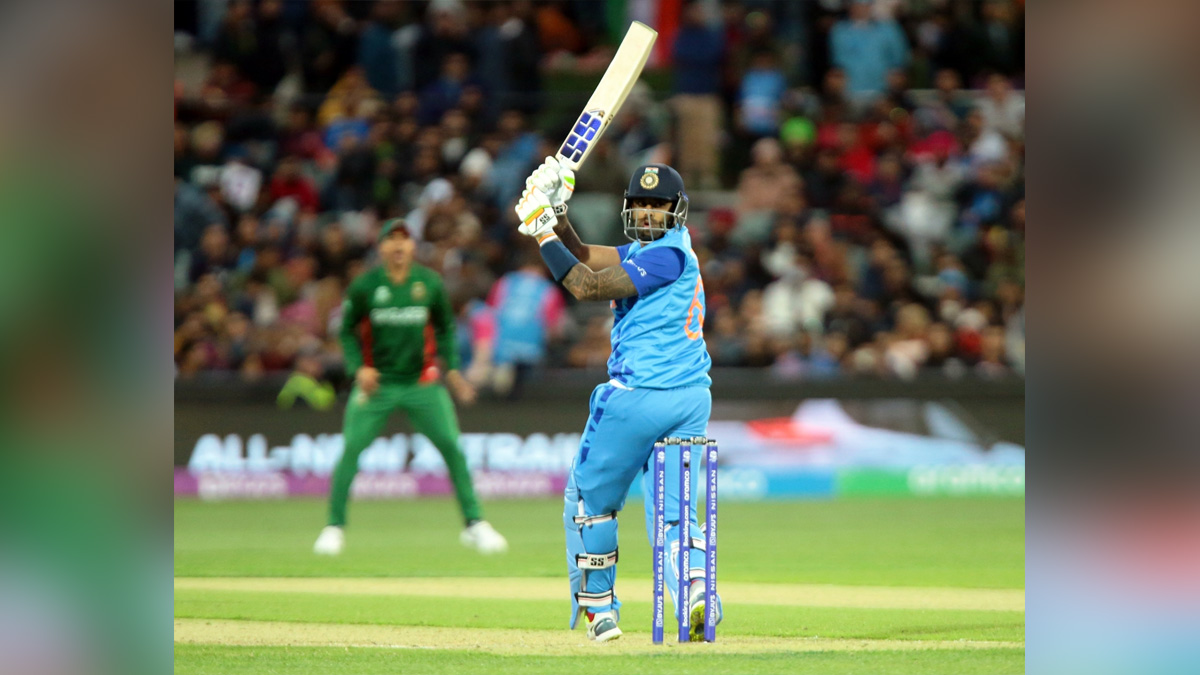 Sydney : Pakistan coach Matthew Hayden was all praise for India middle-order batter and No.1 on the ICC T20 rankings Suryakumar Yadav on the eve of the ICC T20 World Cup semifinal chash against New Zealand at the SCG, saying the cricketer’s “access shots, innovation and access” were simply superb and comparable with the best in the business.

With T20 cricket fast becoming a power-hitters’ game and players from Australia, England and the West Indies supposedly having the edge when it comes to crossing the boundary ropes, Hayden when asked if subcontinent batters were at a disadvantage in the shortest format, cited Suryakumar’s example of being a complete T20 batter.

“The power game in T20 cricket is still being explored because there is a mixture. And this tournament has shown that really significantly… it doesn’t really matter about your power because you’re at the momentum and the mercy of the momentum of the game.

“So, there’s a tricky balance still being realised. I think the sub-continental players, when you look at the tournament so far, guys like Suryakumar Yadav who are playing beautifully through that middle to late stage, with a competency of all areas of the ground, with access shots, innovation and access, they become threats.

So it’s not always about the power. And as I said, I think as cricketers, we’re all trying to come to grips with when is the power, when does that foot go down on the floor, when does it decelerate and look to preserve,” opined Hayden, a former Australia opener.

He added that more than the power game that T20 cricket is, exploration and innovation are the key to success, as has been shown by the early exit of teams such as Australia, West Indies and South Africa.”

A lot of the matches have been very close matches.And the tricky balance between preservation of wickets versus exploration of innovation has been really why I think a lot of the sides that are here now in this tournament are still here.Australia is a great case of that.

Power to burn but hasn’t been able to handle the new ball. And it’s let itself be vulnerable through the middle of the order,” said Hayden.Speaking about the struggles of Pakistan’s Babar Azam at the top of the batting order, Hayden opined there are always “significant moments of ups and downs” in a cricketer’s career and expressed confidence the skipper’s moment of adversity will make him a stronger player.

“We all know that in any given career, you have significant moments of ups and downs. And the challenges and the humps along the way, they cement you and your greatness, how you achieve under adversity.

There’s no question that Babar has been under some adversity. That will make him not only an even greater player.”There’s lots of people that talk, but those of us that have been in the changing rooms with Babar and realise that cricket, when it’s all said and done, is a very difficult game.

You can’t continue to keep on punching out hundreds and 50s and strike rates of 140-plus. There’s got to be moments in time where there’s a lull. And as we all know about the weather, once there’s a lull, there’s often a storm that follows.

So look out, rest of the world, because I think you’re about to see something very special from Babar,” he added.