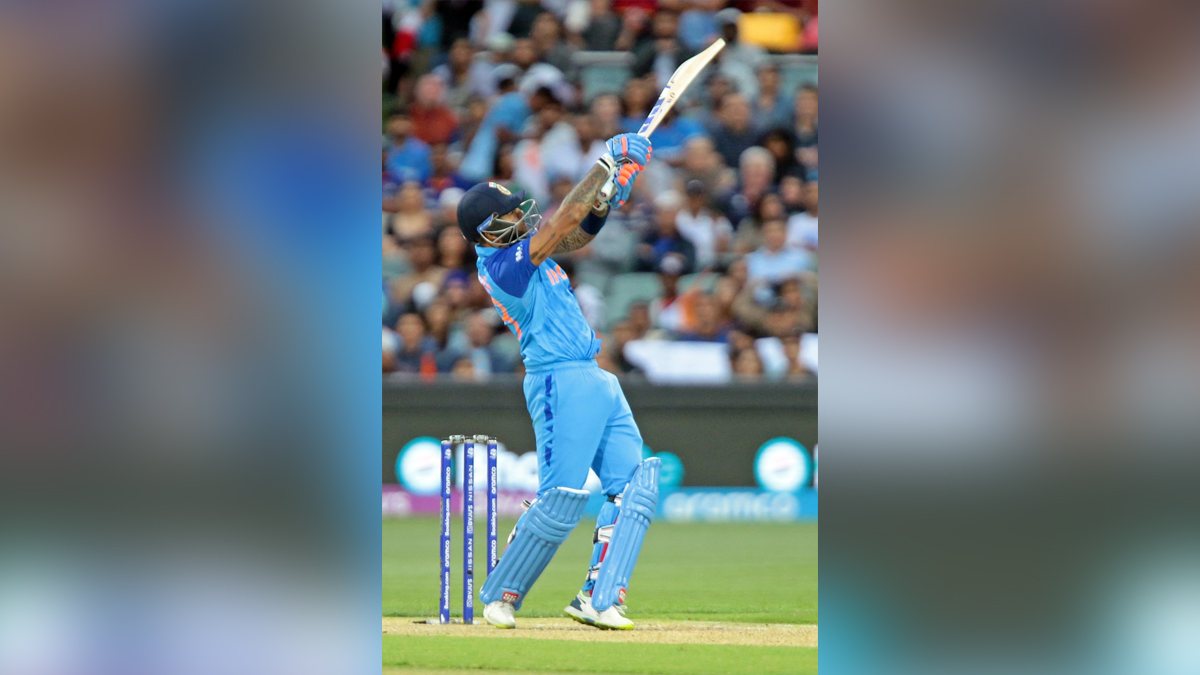 Rajkot : In India’s 91-run thrashing of Sri Lanka at Rajkot to win the T20I series 2-1, Suryakumar Yadav was undoubtedly the star with his belligerent 112 not out off just 51 balls, which left the fans enthralled on Saturday evening.

India skipper Hardik Pandya was also in awe of Suryakumar’s abilities to change the game and his 360-degree shots, saying the right-hander’s show with the bat actually crushes the morale of bowlers while helping the Indian batters.

“It felt like Sri Lanka against Surya. It makes my life very easy, and that is the reason I have always mentioned that someone like Surya is so important to us in white-ball cricket.

The way he changes the game and the way he plays some shots, it actually breaks the morale of the bowler, which helps the other batters as well,” said Hardik in the post-match press conference.

The 112 not out at Rajkot was a trademark Suryakumar innings laced with inside-out drives, scoops and supple wrists to slam the Sri Lankan bowlers for seven fours and nine sixes all around the stadium.

It was also his third T20I century in 43 innings. Hardik revealed one doesn’t necessarily have to speak to Suryakumar ahead of a match. “You don’t tell him. See, the kind form Surya’s been playing in, the kind of clarity he has, you don’t have to go and speak to him.

He’s always very clear about his plans, And that’s the reason he’s successful in this format. He doesn’t doubt his ability.” “Whenever he’s in double mind, he always comes (to me) and we have a chat.

It’s just about giving that little bit of clarity. But more often than not, I don’t need to speak to him. It’s just about to go out there and just enjoy, which he does. I don’t think anyone has to say anything to him.”

Amidst the Suryakumar show, Hardik was quick in appreciating Rahul Tripathi, who unleashed an early counter-attack with his 35 off just 16 balls, slamming five fours and two sixes, ensuring India were 53/2 at the end of power-play.

“Obviously everyone knows what Surya did, but special mention to Rahul Tripathi as well. The kind of intent he showed – something which is so natural to him – can change the game and the momentum.”

“If you see the first couple of overs, the ball was doing something, and people outside, even the next batter, they all thought there was something in the wicket. But because of his intent, the bowlers changed their length and all of a sudden the ball stopped moving. Then it was like they (Sri Lanka) were chasing the game.”