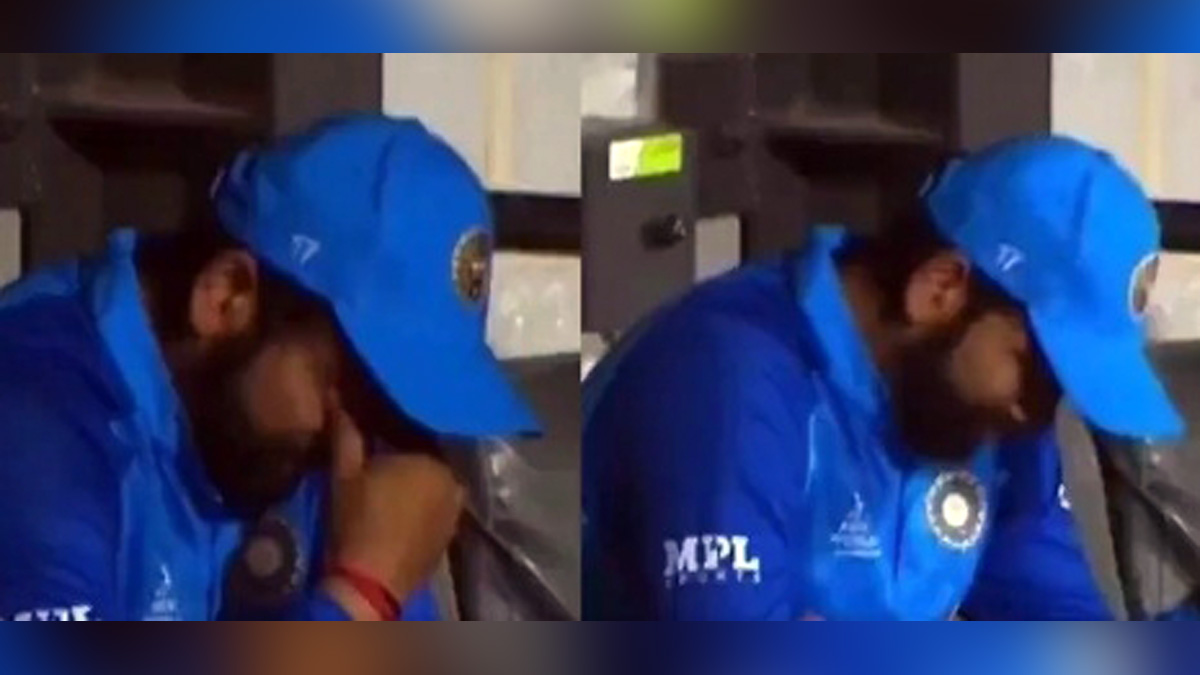 Adelaide : Alex Hales and Jos Buttler smashed mesmerising fifties to thrash a listless India by ten wickets in the second semifinal of Men’s T20 World Cup at the Adelaide Oval on Thursday.Hales hit 86 not out off 47 balls while Buttler smacked an unbeaten 80 off 49 balls to chase down 168/6 by India in style with four overs remaining.

After 10-wicket thrashing Indian skipper Rohit Sharma looked completely dejected. Rohit, who was made the captain of the Indian team with the eye on the T20 World Cup, was spotted sitting alone and left teary-eyed after the team crashed out of T20 World Cup.

He broke down completely while India coach Rahul Dravid consoling him. Dravid, who was sitting alongside Rohit, consoled the India captain by batting him on his back. Rohit’s emotions were captured by the television cameras at the Adelaide Oval.

After the defeat, Rohit Sharma feels the performance with the ball let them down and credited opening pair of Jos Buttler and Alex Hales for being clinical with their chase.”It’s pretty disappointing how we turned up today.

I thought we still batted pretty well at the back end to get to that score, but we were not good enough with the ball. It was definitely not a wicket where a team can come and chase it down in 16 overs. With the ball we didn’t turn up today.”

“The way we started with the ball was not ideal. We were a little nervy, but you have to give credit to the openers as well. They played really well. When Bhuvi bowled the first over it swung today, but not from the right areas,” said a disappointed Rohit in the post-match presentation ceremony.

Rohit opined that India wanted to keep things tight with the ball and avoid England from scoring in short square areas. But that didn’t happen as Hales and Buttler never let the bowlers settle down at all, along with the fielding being more than sloppy in a crunch match.

T20 World Cup : We should have been able to get to 180-185, admits Rahul Dravid after semi-final loss