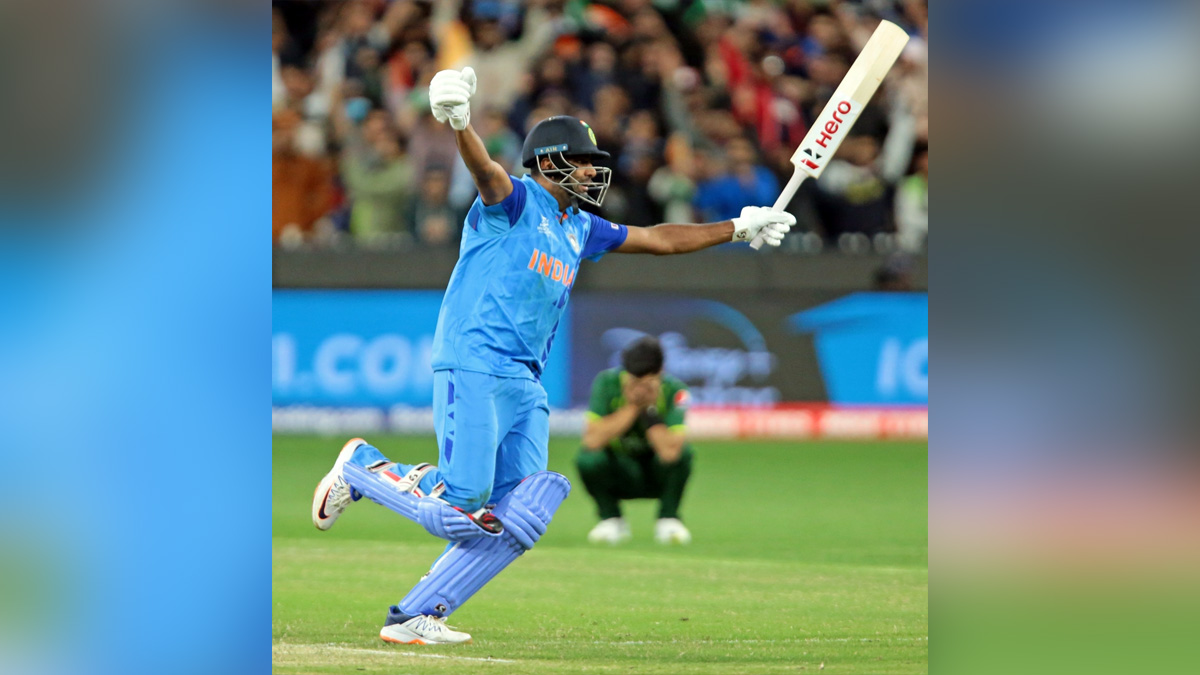 Melbourne : The ongoing Men’s T20 World Cup has been very unique due to very different conditions on offer in Australia, feels India off-spinner Ravichandran Ashwin.The months of October and November have been generally warm, but not hot in Australia as spring season begins.

But this year, due to the La Nina weather effect, rain has intervened majorly while temperatures have been low, making many feel that winter in Australia has overstayed its welcome.”It would be unfair to say it’s different or it’s anything because we’ve never come to Australia this time of the year.

Generally, when it comes to the sport itself, conditions are king. So, you need to understand that this is what is being presented in front of you.”I thought my entire sunscreen will be used. Unfortunately, no (laughing).

It’s hit me. I generally like cold weather. I’ve been to England and played a lot of cricket there, but this has been very unique and different.”If you are playing a Test match, you can warm up through the day or get better, but playing T20 cricket in this weather, not to know what the surface will be like, how it will respond, what the weather is like, it’s been a new experience coming to Australia.

It’s been a unique World Cup that way,” said Ashwin in the pre-match press conference ahead of India’s match against Zimbabwe on Sunday.The weather conditions in Australia have meant that fast bowlers have called the shots, with batters forced to be cautious and play the calculative game after going past the initial phase.

Spinners haven’t consistently found much wickets, though New Zealand can claim for the otherwise. In all, Ashwin feels that spinners have to be adaptive as per the conditions offered in different venues.”You can’t make a concrete plan, go out there and say this is going to be my plan.

Like, you have to adapt to the situation then and there. You see what’s in front of you, what the score card is, what the required rate is, and then go about delivering the best ball that you can.”T20 is one sport where you need to adapt quickly and also respond quickly.

You don’t have the time or the band width to be able to think, assess, and deliver. The time spans are very short.”One of the greatest features of T20 cricket is how you adapt to a particular situation given that day or time, given the demands of the game, where you are bowling, where you’re not bowling, and which batsmen you are coming up against, what are the situations, et cetera?”

In the tournament, four fast bowlers have the best economy rates in the top five and are enjoying bowling in conditions where there’s a mix of swing, seam and bounce. Pacers are rewarded handsomely for bowling length or back of the length deliveries.

In scenarios like this, spinners have been relegated to playing supporting roles, something which isn’t surprising for Ashwin. “Pretty much the roles have been the fast bowlers have set the tone. As a spinner coming in the back half 9th or 10th (overs) and then doing the job for the back end is a role that we have to adapt to.

“As a bowler, you love to get wickets by the buckets, but it might not be the necessary thing when it comes to T20 cricket when you are playing. So, you might have to deliver handover at 8 or 9 (overs), and the next person might end up picking up the wickets, whoever has a better chance of getting the wickets.”

“It’s not like I haven’t done that role before. It happens in the IPL now and then. So, the demands of the game, what the situation is and what you have to deliver for the team is exactly what adaptations call.”