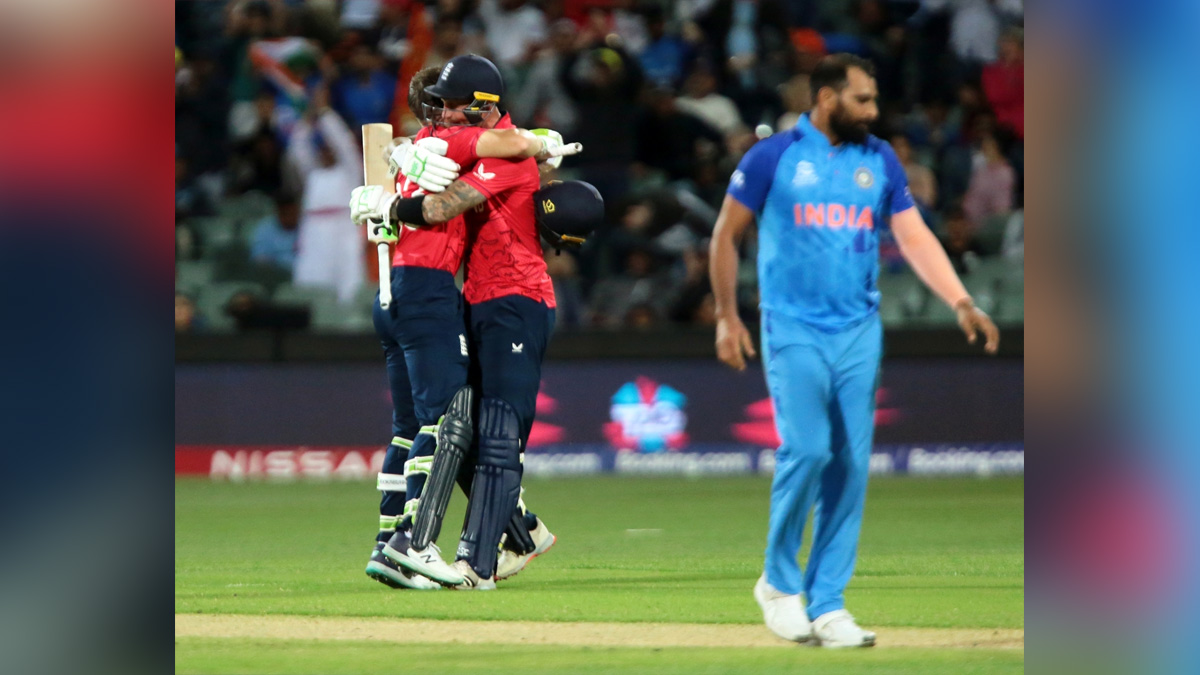 Virat Kohli smashed four fours and a six in his 40-ball 50, his fourth fifty of the tournament, while Hardik Pandya gave a massive boost to the Indian innings with a 33-ball 63, hitting four fours and five sixes at a strike-rate of 190.91, as India got 68 runs off the last five overs to score 168/6.

But Buttler and Alex Hales had other plans, chasing down the total with immaculate ease to win by ten wickets. While Hales hit 86 not out off 47 balls, Buttler smacked an unbeaten 80 off 49 balls, as the duo hit ten sixes and 13 fours collectively to set up a finale clash against Pakistan at Melbourne on Sunday.

“England out-thought India and made them look an average team. The latter stages are about letting players run free and they did that,” said Morgan on Sky Sports after the match ended.Morgan, who retired from international cricket in July this year, was in praise of Buttler, his leadership successor.

“In the form Jos is in, he is probably the hardest batsman in world cricket to bowl to. His England side have shown a huge amount of character.”The former left-handed batter also emphasised on England soaking a hammering win before turning their focus towards final.

“It’s important England take time to sit back, smell the roses and acknowledge how good they have been today. Then draw a line under it and take things from tonight into Melbourne.”Former England captain Michael Atherton backed England to win the trophy against a red-hot Pakistan side.

“There is an intriguing echo of 1992, in the way Pakistan came through the group stages through the backdoor almost and then played England in the final. I think there will be a different result this time.”

T20 World Cup : The way we started with the ball was not ideal : Rohit Sharma