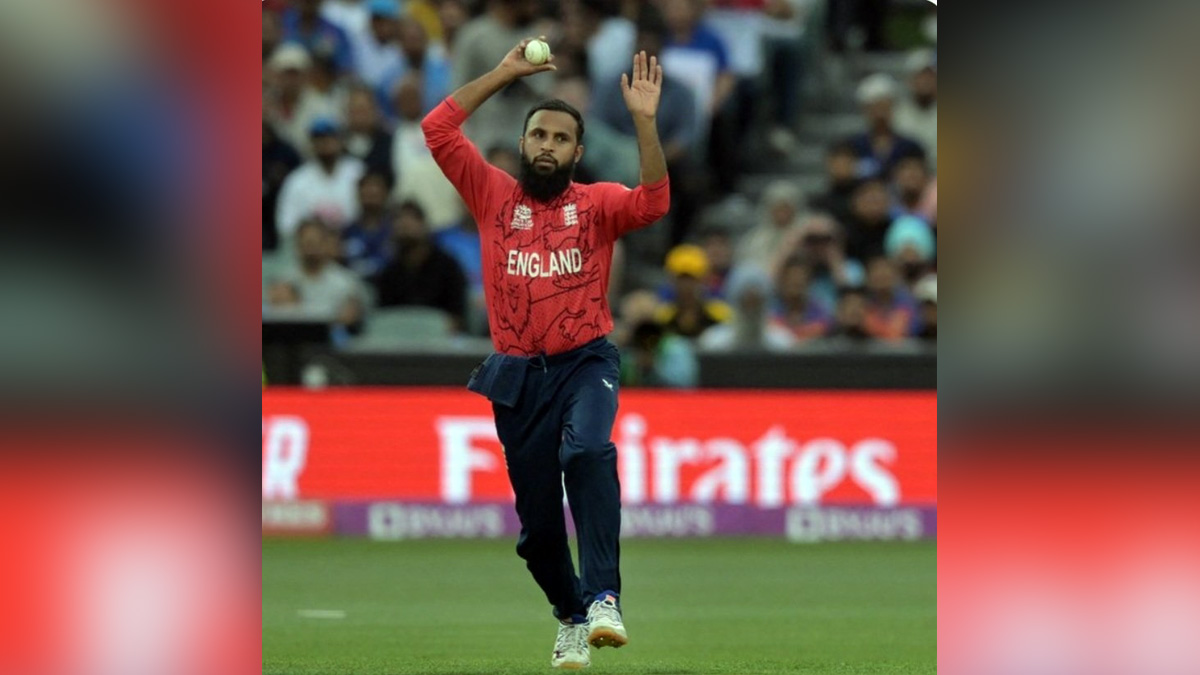 T20 World Cup : Thought we bowled well as a team for most part : Adil Rashid

Adelaide : Despite the strong finish from India in the last five overs to reach 168/6 in 20 overs, leg-spinner Adil Rashid believes England bowled well as a team for most of the innings in the Men’s T20 World Cup semifinal and said his side was in a good position at the half-way mark.

“I thought we bowled well as a team for most part. We kept it tight, kept them under pressure, and I felt okay. I think at the beginning if we’d said 168, we’d be happy with that,” said Rashid in a mid-innings chat with the broadcasters.

England bowled excellently till the death overs phase to deny India scoring opportunities towards the short square boundaries and got them to play more towards the longer side of the ground.

Rashid himself bowled a phenomenal spell in tying the Indian batters in the middle overs, varying his pace and variations well to concede just 20 runs in his four overs, including eight dot balls and an all-important scalp of Suryakumar Yadav.

“We had to be patient (with the ball), and I thought we did pretty well. Our aim is very simple, just to chase down that total. After the first half, we’ll be pretty happy with our position,” he added.

Though India did some late damage by hitting 68 runs in the last five overs, with Hardik Pandya making 51 of those runs with five sixes and three fours to topscore with a 33-ball 63, Rashid conceded England’s bowlers being hit for runs in the end as nature of T20 matches.

“We know T20 cricket at the back end, they’ve got some powerful hitters and world-class boundaries and the fours and sixes will come. But was pretty happy with our position in the first half.”