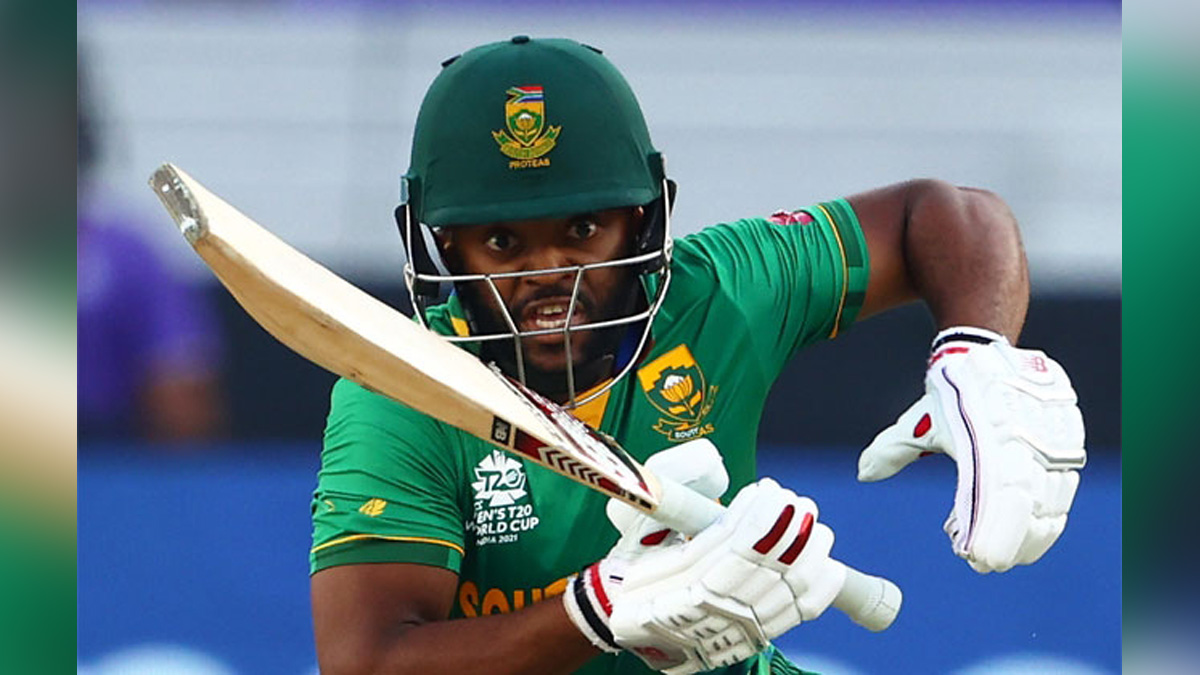 Johannesburg : South Africa’s white-ball captain Temba Bavuma on Thursday has been ruled out of the team’s entire tour to England after sustaining an elbow injury during the five-match T20I series in India. In Bavuma’s absence, Keshav Maharaj and David Miller will take over the reins and lead the ODI and T20I teams respectively.

Bavuma had sustained the elbow injury during the fourth T20I against India in Rajkot, forcing him to retire hurt for eight and was ruled out of series decider at Bengaluru, which was abandoned due to rain.

“The T20 format is a high priority for us at the moment because of ICC T20 World Cup coming up in a few short months in Australia. We are looking to give opportunities to players that we are interested in seeing and working out the best combinations, while also trying to balance our desire to maintain enough consistency within the set up that the players are used to playing together as a team by the time they reach Australia for the World Cup.

This series will go a long way in helping us achieve all of those objectives,” said Victor Mpitsang, CSA Convenor of Selectors.In other selection news, young pacer Gerald Coetzee has been handed his maiden call-up to the T20I squad with all-rounder Andile Phehlukwayo making a return too.

Hard-hitting batter Rilee Rossouw has also been recalled to the T20I squad for the first time since the 2016 ICC Men’s T20 World Cup in India.Rossouw, 32, who had signed a Kolpak deal with Hampshire later in 2016, has scored 498 runs in 12 Vitality T20 Blast matches for Somerset this year, with six half-centuries, an average of 55.33 and a strike rate of 191.53.

Pacer Kagiso Rabada will be rested for the ODI series as part of his workload management.”This will be a very long tour for several members of the team who will participate in all three formats and the entire coaching and support staff.

On behalf of the Selection panel, I would like to wish Mark (Boucher), our two stand-in, white ball captains, Keshav (Maharaj) and David (Miller) and Test captain, Dean (Elgar), all the very best for the tour. We anticipate exciting matches and nail-biting finishes against a strong opposing team that I know our Proteas enjoy facing off against,” added Mpitsang.

South Africa’s tour of England will run from July 19 to September 12, consisting of three One-Day Internationals (ODIs), as many T20Is and Tests respectively apart from two T20Is against Ireland to be played in Bristol.

“With ICC World Test Championship points at stake, the team has everything to play for. While the ODI series is not for Super League points, the 50-over format is of vital importance as we look ahead to the 2023 ICC World Cup in India.

The combinations tried and the performances we yielded will go a long way in our build up to that tournament,” concluded Mpitsang.