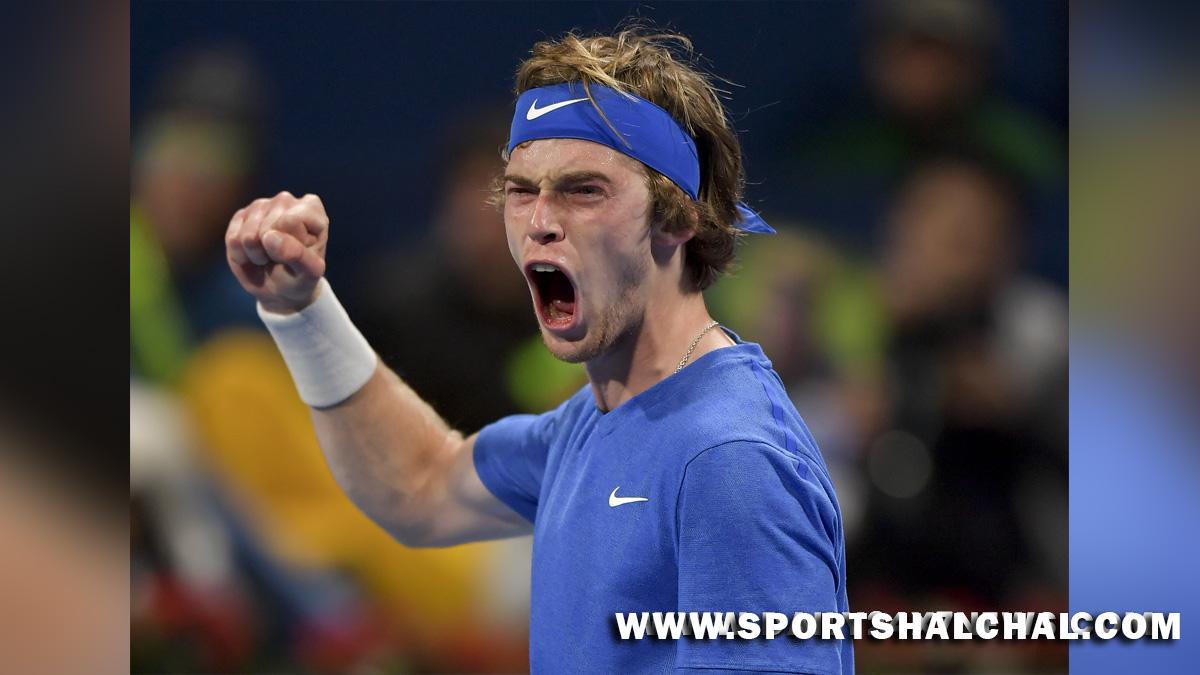 Dubai : Andrey Rublev of Russia produced his best performance of recent months to claim the title at the Dubai Duty-Free Tennis Championship, beating Jiri Vesely of the Czech Republic 6-3, 6-4 in the final here.Rublev, probably enjoying the month of his life having won two titles in Marseille before reaching the final, ended the dream run by Czech Republic’s Vesely with an easy win in 80 minutes in the ATP 500 tournament here on Saturday.The No. 123-ranked Vesely was bidding to become the first qualifier to win the Dubai title, but he was unable to recreate the heroics from his stirring victories over Doha champion Roberto Bautista Agut, World No. 1 Novak Djokovic and Denis Shapovalov that earned him a spot in the final. But Rublev did not give him many chances in the final.Rublev was delighted to cap a busy month with another title. “I feel super happy even though I am tired,” he said in his post-match interview.

“I was lucky today, and that’s why I am happy to be the champion, I didn’t expect this. It’s an amazing feeling and I don’t know what to say.”The world No. 7 Rublev acknowledged that he wasn’t the only one to come through a tough schedule to the final, said a report on the atptour.com website. “I think it is likely Jiri was also tired, he had really tough matches since the qualifiers.”He beat top players starting from the first round. [Marin] Cilic, he beat Roberto [Bautista Agut], then he beat Novak [Djokovic], yesterday he beat Shapo [Denis Shapovalov] 7-6 in the third. Trust me, when you beat these kinds of players, it’s almost impossible to stand up and walk, and he was able to play. Good job to him, good job for the week.

“Having battled through tough three-setters in his previous three matches, Rublev looked to have no intention of working overtime again in the final. He raced out the blocks, breaking Vesely in the fourth game, and did not drop a point behind his first serve as he charged to the first set.There appeared to be little Vesely could do as the world No. 7 continued to produce a stunning level in the second set. Rublev broke in the opening game, but the Czech showed a real fight to reclaim it for 3-3, pumping up the delighted crowd as he tried to get back into the match.Rublev responded by immediately breaking again and going on to seal a comfortable victory as two-time ATP Tour title-winner Vesely struggled to cope with the Russian’s combination of power and consistency.The win means Rublev’s semi-final defeat to Felix Auger-Aliassime in Rotterdam was his only singles loss across three tournaments in February. The Dubai ti’le is the Russian’s 10th on the ATP Tour and extends his match record in 2022 to 10-2.