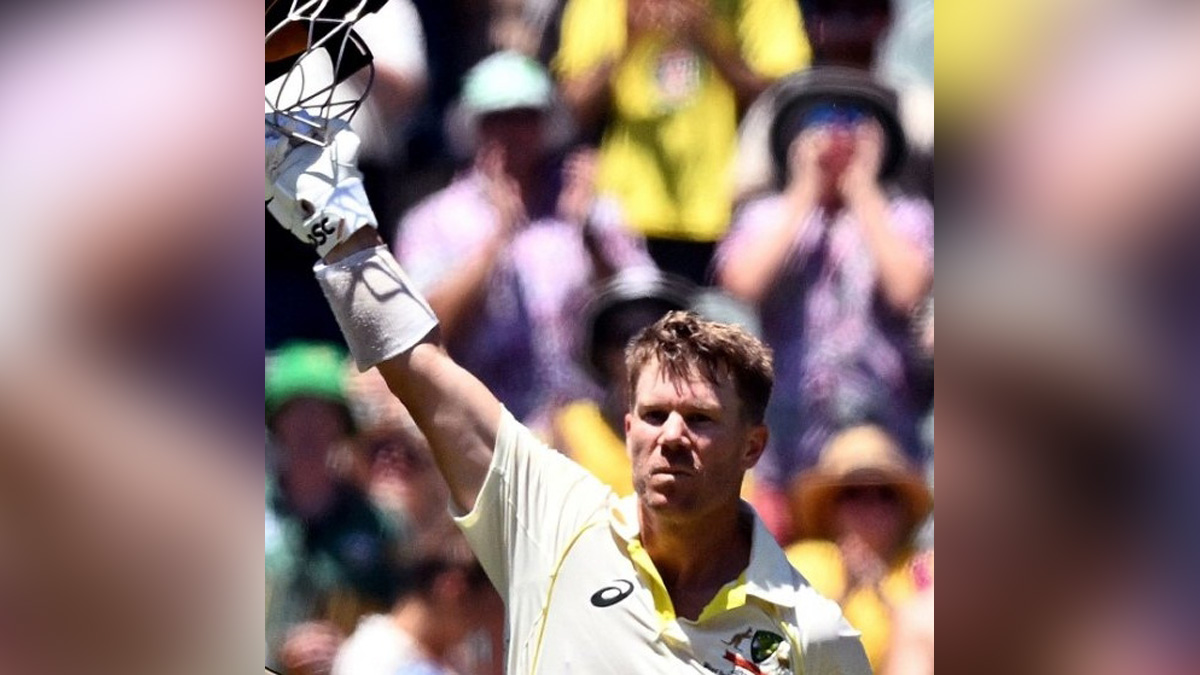 Melbourne : Veteran Australia left-handed opener David Warner believes his double century at the MCG against South Africa, coming in his 100th Test match which also broke his drought of three-figure mark of almost three years, is probably his finest knock in the longest format of the game.

On Tuesday, Warner became just the second cricketer after England’s Joe Root to score a double-century in his 100th Test match with 200 off 255 balls against South Africa, laced with 16 fours and two sixes.

uring his glittering knock, he also became the eighth Australian cricketer to cross the 8000 Test runs mark. “I was going through that (his best knocks) the other day with a couple of the journos and that definitely is up there now.

To go out there, a lot of pressure, I don’t generally feel the pressure, I don’t get nervous,” Warner told Channel Seven. “But walking out here and telling my friends, ‘I’m going out to play the way I want to, looking to score and have intent’, and to deliver that in a Boxing Day Test which is the pinnacle as a kid to go out and execute that emphatically was awesome,” he added.

Warner had not scored a Test century since January 2020 and in the ongoing home summer, he had recorded scores of 5, 48, 21, 28, 0 and 3 from six innings against West Indies and South Africa till the MCG Test came.

With Australia touring India and England for Tests next year, Warner chose to reflect in the present, revealing that he was emotional on getting his double century. “When your back’s against the wall, you can only look to move forward, that’s how I’ve always been.

It was emotional, it was hard out there, it was draining,” the opener said. “The build-up, the articles…but to come out here and just back myself and look to score, have that intent, which was probably missing from the last 12 months.

It was a magical moment and so proud to do it in front of my family and friends,” he added. Earlier, in the post-match press conference after the end of day’s play on Tuesday, top-order batter Steve Smith was confident Warner’s double hundred can set the stage for him having a fantastic time with the bat in tours of India and England next year.

Warner has never scored a Test century in either of two nations. “He’s doing pretty well and played exceptionally well. I don’t see any reason why he can’t continue playing. Fingers crossed he can keep playing well, and he can play for as long as he likes, I’m assuming,” Smith said.