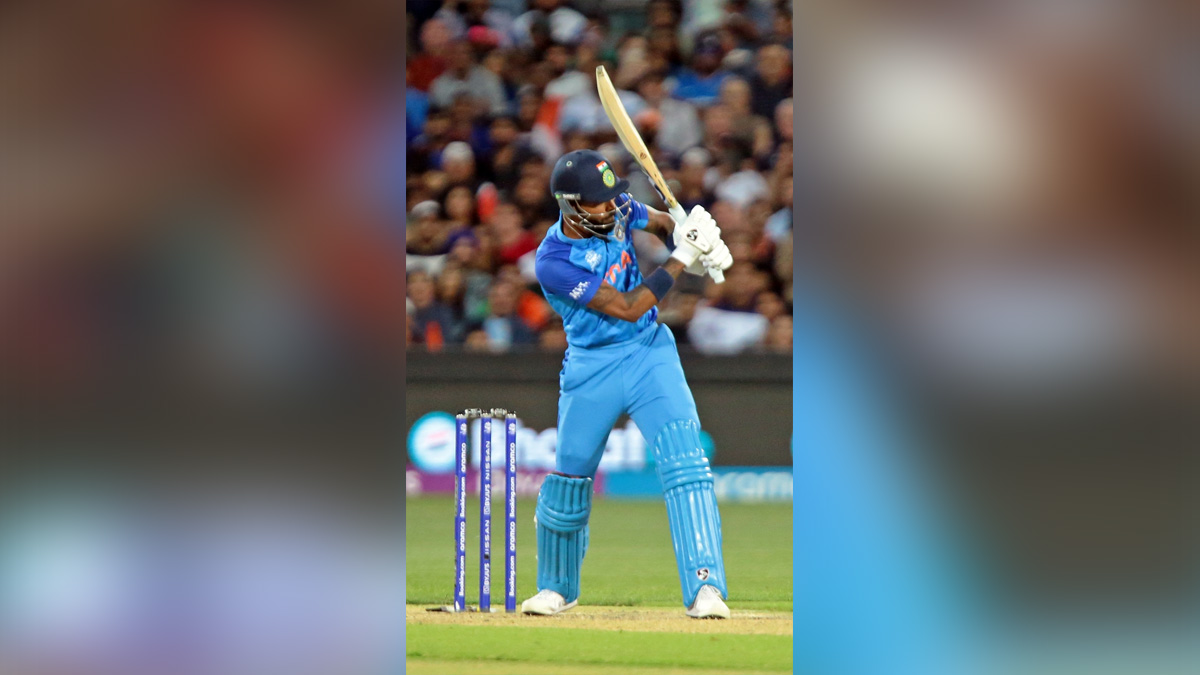 The effort will be to enjoy the game, play without fear : Hardik Pandya on road ahead in T20Is

Napier : After leading India to 1-0 victory in the T20I leg of the New Zealand tour, stand-in skipper Hardik Pandya believes that the efforts will be there to enjoy playing the game and without any fear in their road to building up for the 2024 Men’s T20 World Cup.

After India’s semi-final exit at the T20 World Cup in a 10-wicket loss to eventual champions England at the Adelaide Oval, their conservative approach in power-play came under severe criticism. With many tipping Hardik to be the next T20I captain of India, the bilateral series win against New Zealand has the chance to boost his leadership credentials for a full-time leadership role in the shortest format of the game.

“What I have tried to do is, if you have reached the international level, you have obviously done well and achieved success at the levels below. As a captain, my job is to give the players as much freedom as possible, and create a culture where the player can play without fear and not be blamed for failing.”

“That was our approach at the World Cup, too, but since we didn’t win, what we couldn’t do well was highlighted. But, going forward, it will be about not playing in any one way; the effort will be to enjoy the game, play without fear.

If you think you want to smash the first ball, go ahead; the management will back you. We want players to play with freedom,” said Hardik in the post-match press conference.He also had words of praise for pacer Mohammed Siraj, who picked his best-ever T20I figures with a fiery spell of 4/17 in his four overs.

Known to leak runs in the shortest format, Siraj made great use of hard lengths and hitting the pitch hard to take out Mark Chapman, Glenn Phillips, James Neesham, Mitchell Santner in his Player of the Match award-winning spell.

“Siraj did exactly what I wanted from this wicket, as a bowler. In T20 cricket, you definitely get hit, somewhere down the line if you go on defence as a bowler, you will have good days. But at the same point of time, you’re not having a good day, it will literally haunt you.

So for me, and for my bowling unit, the plan is simple: let’s be aggressive. What is going to happen? We will lose the game or they may score 200. That’s the worst it could happen.””As I mentioned in the last game as well, it is not about being aggressive, it is not about going for a wicket every ball, it is about your behaviour, attitude and body language.

Going forward, we will maintain this, we will be aggressive as a bowling unit and at the same point of time, we will pick bowlers who can intimidate batters if needed,” added Hardik.With India not playing T20Is anymore in this year and Hardik now going on a break from international game as he’s not a part of ODIs against New Zealand as well as upcoming Bangladesh tour, he feels that the series win over Blackcaps will give India confidence to be better in the shortest format.

“It was a short tour but it was important. The way we played and dominated in the second game, going forward it would give a lot of confidence to the team. There are certain things that we need to do better going forward, I think this was one step, we have time with us. But it has started from here, whatever series we play from here, we will try to get better.”

When I can’t pick a player, he knows it’s not personal : Hardik Pandya on not playing Sanju Samson, Umran Malik in New Zealand T20Is