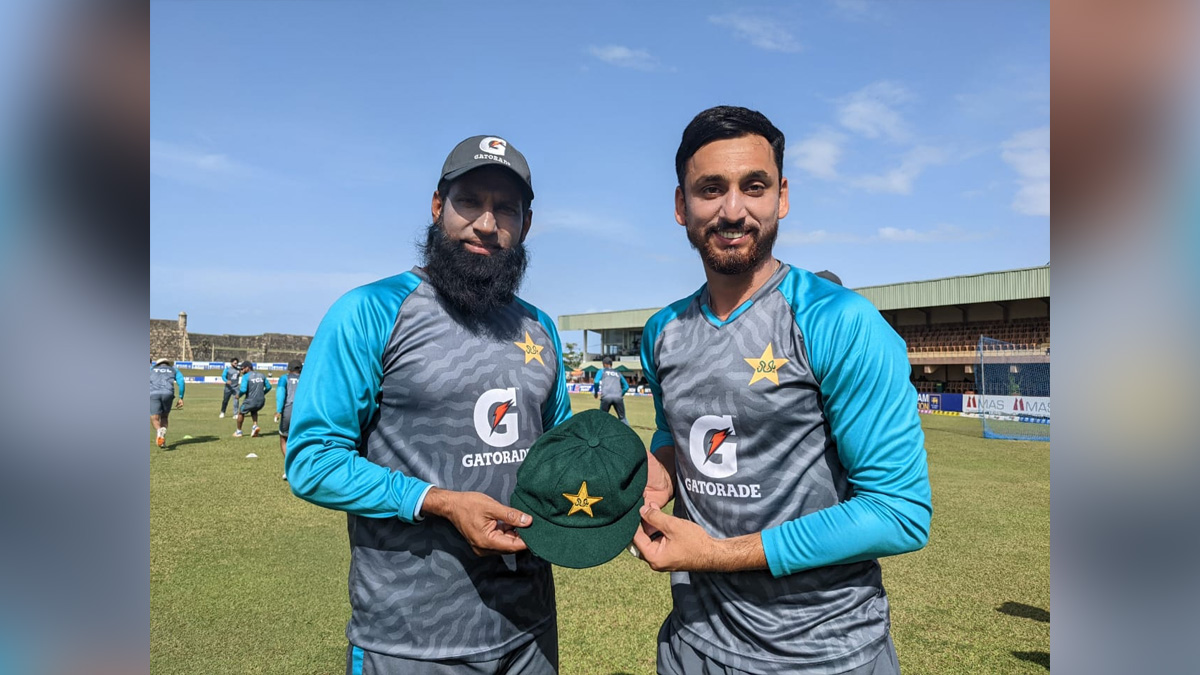 This is a special feeling; I cannot put it in words : Salman Ali Agha on Test debut

Galle : All-rounder Salman Ali Agha’s dream of playing for Pakistan came true on Saturday morning, ahead of first Test against Sri Lanka at Galle, when he was handed a Test debut and received his cap from batting coach and former batter Mohammad Yousuf.

Salman had been on the periphery of the national side in last two years. He had toured with the team, but never made the cut for the final playing eleven. However, when that debut moment, Salman was at the loss of words.

“This is a special feeling and I cannot put it in words. I mean, you are being picked to play Test cricket – which is the pinnacle of the game and which is a format every big player in the world wants to play – from the population of 25 crore.

This is a feeling that cannot be described, but if I have to, I would say I am very excited and happy,” said Salman to PCB Digital following the announcement of Pakistan’s eleven for the first Test.The Test debut meant that he was recalling his cricketing journey since childhood till now.

“The only goal I had when I started playing cricket was to play for Pakistan. Now that eight-year-old kid will be playing for Pakistan. Since, I have gotten to know about my debut, I have been recalling the last 10-15 of my life.”

“I am remembering how I first went to my cricket club – Apollo Cricket Club – and started playing cricket. I am remembering my coach Malik Sarwar. I am going through my whole journey in my head.”Salman has been in Pakistan’s first-class set-up since February 2013.

But in 18 matches, since 2019-20 season of the Quaid-e-Azam trophy, the right-handed batter has scored 1,629 runs at a strong average of 56.19, smashing five centuries and eight half-centuries. He chipped in with his off-spin too, snaring 25 wickets.

We have been training here for the last 10 days and have also played a warm-up match. But, having said that, the conditions in Sri Lanka challenge you and Sri Lanka, at their home, are a tough side. It would be challenging, but Test cricket is all about challenge.

I am ready to overcome it and give the best for Pakistan.”Pakistan’s two-match Test series against Sri Lanka is a part of the ongoing ICC World Test Championship cycle.

After the end of first Test, the second and last Test will be played at R. Premadasa Stadium in Colombo from July 24-28.Sri Lanka are ranked third in the ICC World Test Championship points table, while Pakistan are on fourth place.