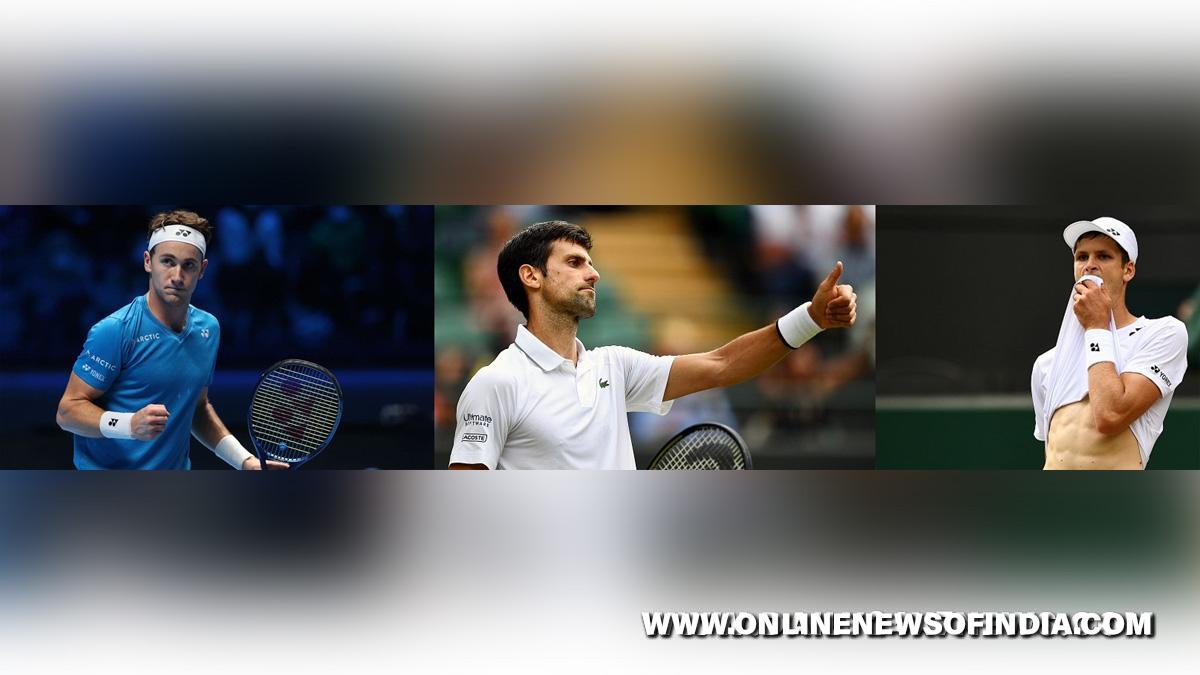 New York : Three new faces — Casper Ruud of Norway, Hubert Hurkacz of Poland and Jannik Sinner of Italy — have made it to the Top-10 of the ATP Rankings for the first time in their careers, even as world No. 1 Novak Djokovic continues to lead the charts, clinching his seventh year-end No.1 spot in the latest rankings released by the men’s tennis body.As per the latest ATP Rankings released late on Monday, the 22-year-old Ruud is No. 8, 24-year-old Hurkacz is No. 9, while the 20 year-old Sinner has become the youngest to finish in the Top-10 since No. 9 Juan Martin del Potro of Argentina, who was only 20 when he achieved the distinction in 2008.Serbia’s Djokovic had earlier earned a record seventh year-end No. 1 finish, breaking a tie with Pete Sampras for the most in history when he had entered the Rolex Paris Masters semifinals recently. Spaniard Rafael Nadal finished in the Top-10 for a record 17th consecutive year at No. 6, breaking the record he shared with Jimmy Connors.Russia’s Daniil Medvedev became the first player outside Djokovic, Swiss ace Roger Federer, Great Britain’s Andy Murray and Nadal to finish year-end No. 2 since American Andy Roddick in 2004.

He also became the first Russian to finish No. 2 since Marat Safin in 2000.There were eight players aged 25-and-under in the year-end Top-10 for the first time since 1995. Four of the Top-5 players were 25-and-under, the first year-end occurrence since 2009. The average age of the Top-10 was less than 26 years old (at 25.6), the youngest since 2009 (25.0).There were no changes at No. 1 during the season for the first time since 2015, the only other time Djokovic held the top spot without any interruptions in the year.The United States led all countries with 12 players in the Top-100 (most since 1996), followed by Spain with 10, France with nine, Italy with eight and Argentina with seven. It was the third straight year eight Italians were in the year-end Top-100. Spain and the US had the most players in the Top-50 with six followed by Italy with four. The six Americans in the year-end Top-50 was the most since seven in 2003, according to atptour.com.Roger Federer, 40, finished as the oldest player in the Top-100, at No. 16. It was the Swiss superstar’s record 21st consecutive year in the Top-20. There were 31 players 30 and older in the year-end Top-100.

Making Smith skipper for Ashes will add to the circus, says Ian Healy