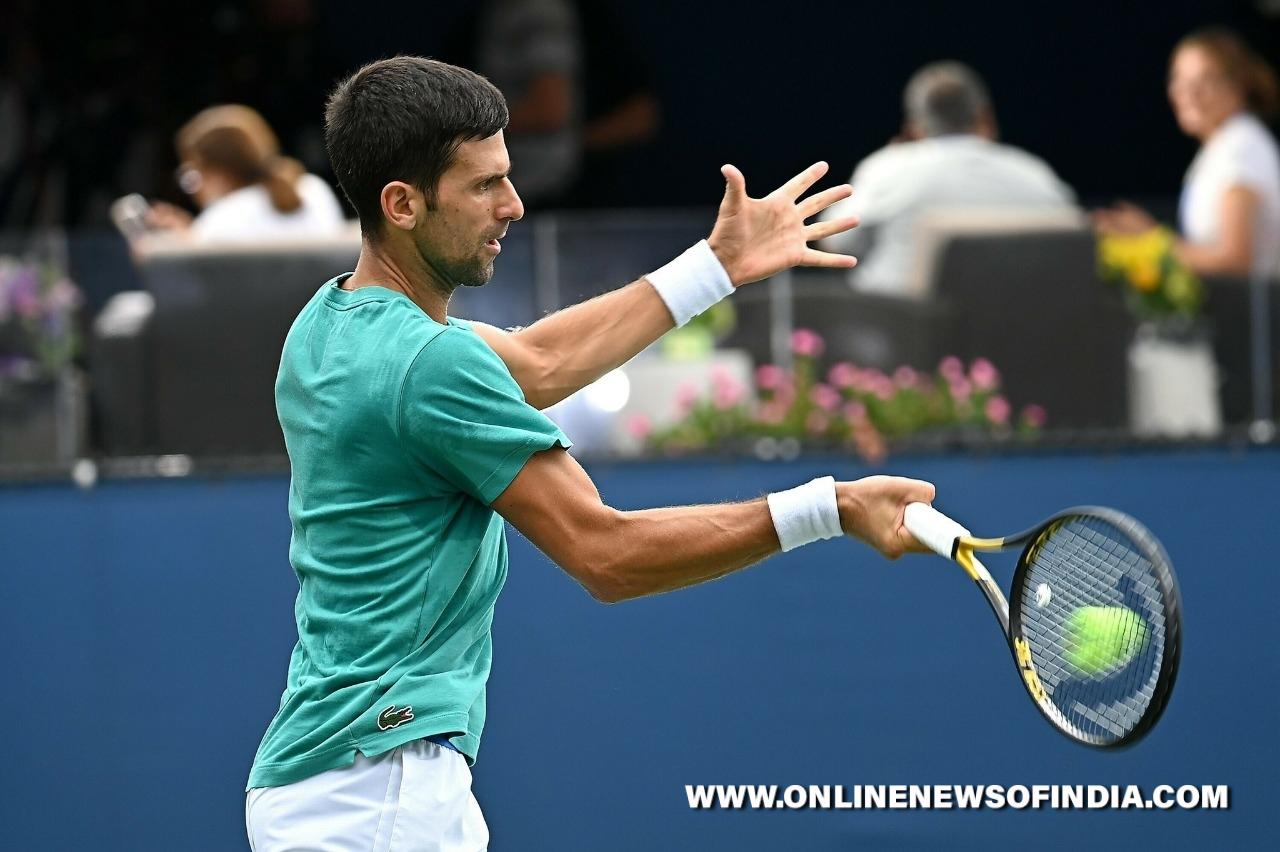 Tough to swallow loss but in tennis we learn very quickly : Novak Djokovic

New York : World No.1 Novak Djokovic said that the defeat in the US Open final to Russian Daniil Medvedev, which cost him the calendar Grand Slam, was “tough to swallow” and that a “part of me is very sad”.Djokovic, after winning the first three majors of the year, was trying to become the first man since Rod Laver in 1969 to win all four majors in one season and break a tie with Roger Federer and Rafael Nadal for the most major titles in history (20 each). But 25-year-old Medvedev spoiled the party winning 6-4, 6-4, 6-4.”Of course, part of me is very sad. It’s a tough one to swallow, this loss, I mean, considering everything that was on the line. But on the other hand I felt something I never felt in my life here in New York. The crowd made me [feel] very special. They pleasantly surprised me,” an emotional Djokovic told atptour.com on Monday (IST).Since his 2015 Wimbledon triumph, Djokovic had won 12 of his past 14 Grand Slam singles finals, losing only to Spain’s Rafael Nadal at the French Open last year and Swiss player Stan Wawrinka at Flushing Meadows in 2016.The Serb will have to wait for some more time to pull clear of his other two illustrious rivals — Roger Federer and Rafael Nadal — who also have 20 major titles.Despite the disappointment, Djokovic said he was relieved the pursuit of the Grand Slam had ended and explained why tears had welled up in his eyes during the last changeover.”The amount of support and energy and love I got from the crowd was something that I’ll remember forever.

That’s the reason on the changeover I just teared up. The emotion, the energy was so strong. It’s as strong as winning 21 Grand Slams. That’s how I felt, honestly. I felt very, very special.”Victory over Medvedev in the Australian Open final in February had set in motion Djokovic’s bid for a calendar Grand Slam. He then beat Greece’s Stefanos Tsitsipas in the French Open final and a sixth Wimbledon trophy kept the dream alive until it came crashing down at Flushing Meadows.”Full credit [to] his [Medvedev’s] mentality, his approach, his game, everything. He absolutely was the better player and deserved to win, no doubt about it,” Djokovic said. “Of course I’m disappointed with the overall game that I performed today. I know I could have and should have done better. But it’s sport. You win some, you lose some. It’s a tough loss, very tough loss. But at the same time I’m happy for him because he’s a nice guy and he deserves it. He really does.”Djokovic had spent five hours and 35 minutes longer on court than his opponent at the US Open and the Serb said that the fortnight-long tournament had also left him emotionally drained.”I had more hours on the court spent [than] Daniil, that’s for sure. But it was also emotionally a very demanding period for me in the last five, six months – Slams and Olympics and playing at home in Belgrade.”Everything was coming together for me here and kind of accumulating all the emotions that I’ve been through… Of course, I was short today for another slam title, but I have to be proud with everything that my team and I have achieved. And in tennis we learn very quickly how to turn the next page. Very soon there are some more challenges, more things that are coming up. I have learned to overcome these kind of tough losses in the finals of Slams, the ones that hurt the most… I still love this sport and I still feel good on the court. As long as there is motivation and that flare, I’ll keep riding.”

Virat Kohli will remain captain of all formats : BCCI