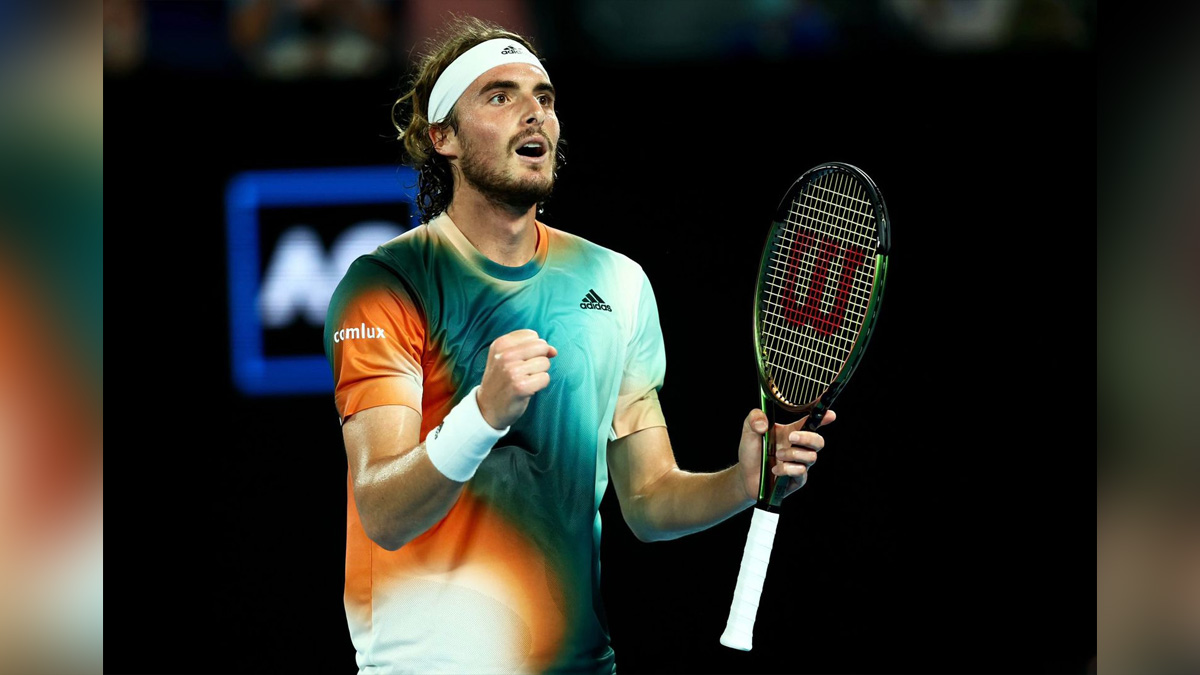 Cincinnati : Stefanos Tsitsipas will face a rejuvenated Borna Coric in the Western & Southern Open final after the Greek defeated top seed Daniil Medvedev in the semifinals.

Medvedev boasted a 7-2 head-to-head record against world number seven Tsitsipas heading into the clash but the Greek got the edge with a 7-6 (8-6), 3-6, 6-3 win in two hours and 23 minutes, DPA reports.

Tsitsipas’ net play was a feature in the victory, winning 27 of 36 points at the net, while he won 82 per cent of his first serve points. He hit 33-28 winners while Medvedev gave up 35-27 unforced errors with the Russian also having 11 double faults, including a key break in the third set.

The triumph on Saturday evening means Tsitsipas progresses to the final in Cincinnati for the first time, having lost in the semifinals in both 2020 and 2021.

Medvedev had won the opening game of the match but Tsitsipas responded to square it up at 3-3, before surviving a set point to the Russian to clinch the tie-break with his first opportunity.

The Russian claimed control back in the second frame, racing to a 5-0 lead aided by a run of double faults from Tsitsipas before he rallied back to 5-3 with Medvedev down 0-40 on serve as both players endured periods of lost focus.

But the world number one held his nerve to close out the second set to level up the match, although he had clearly lost some momentum.Fireworks interrupted the third set, which appeared to impact Medvedev more than Tsitsipas, with the Russian dishing up some costly double faults, including one to gift the Greek a 4-2 lead. Tsitsipas capitalized to close out the win.

Coric had already secured his spot in the decider, marking his second Masters final of his career, with a strong 6-3, 6-4 win over ninth seed Cameron Norrie.
The Croatian has enjoyed a strong week in Cincinnati, marking a major milestone after shoulder surgery earlier this year, having toppled Rafael Nadal and only lost one set so far.

Coric appeared in trouble early, down 3-1 in the first set but responded emphatically to clinch the first frame.The 25-year-old backed that up, winning eight straight points to open up a 4-2 lead in the second set and close out the win in one hour and 31 minutes. Coric finished with 22 winners and seven aces.