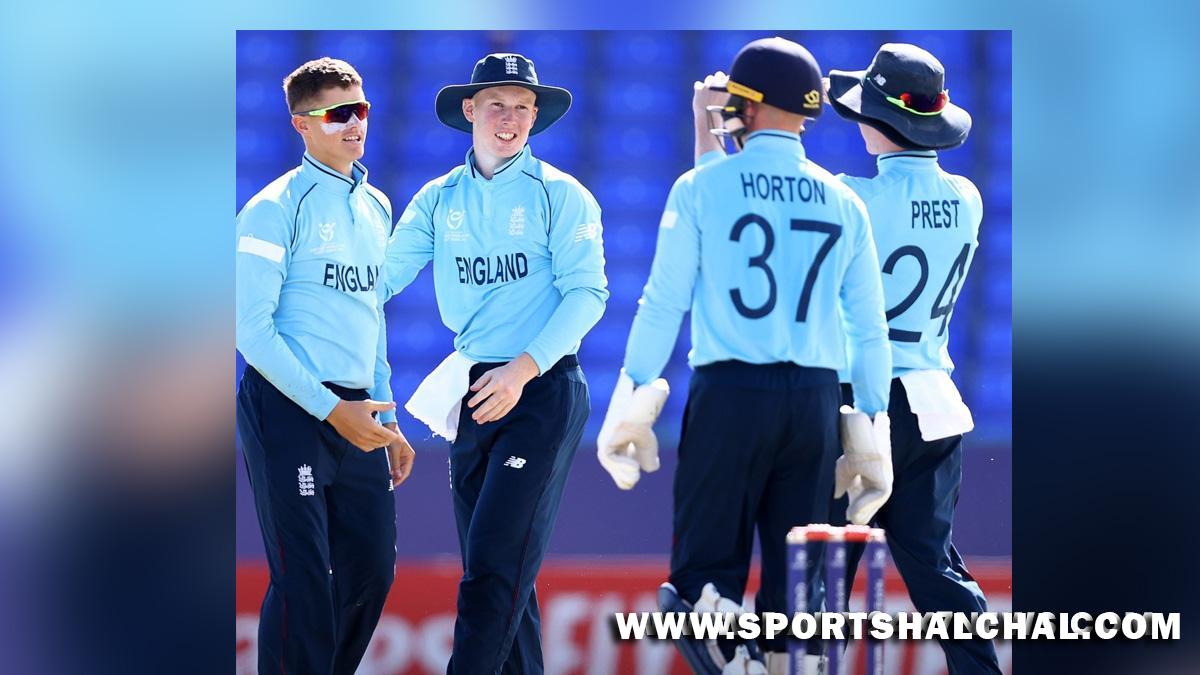 Basseterre (St Kitts) : England skipper Tom Prest scored a-run-a-ball 93, while opener George Thomas and middle-order batter George Bell slammed half-centuries as they defeated Canada by 106 runs in a Group A match of the Under-19 ICC Cricket World Cup at the Warner Park here on Wednesday (IST).With the emphatic Group A victory, England made it two wins from two. South Africa’s young stars shone bright again beating Uganda by 121 runs and Afghanistan got the tournament off to a winning start with a 135-run triumph against PNG.England were in full flow with the bat with Prest playing the crucial knock to set the platform for a massive 320/7. The Hampshire right-hander hit 10 fours in the knock showing why he is one of the top prospects for England.Prest chipped in with 3/38 with the ball too, showcasing his all-rounder talent. William Luxton (41 from 32), James Sales (23 not out from 18) and George Bell (57 from 35) accelerated the scoring in the final third of the innings.The Canadians may have lost two from two at the World Cup so far, but a number of their players impressed again. Kavith Sharma put in a decent stint with the ball for his 3/51, dismissing opener George Thomas on 52 and bamboozled Prest with a flipper to deny him a century.

With the bat it was opener Anoop Chima and No. 8 Gurnek Johal Singh who stood out, showing that there’s plenty of depth in the Canada batting line-up. South Africa’s Dewald Brevis built on his 65 in the opening game against India with a century against Uganda in Port of Spain as the Proteas amassed 231/9 in a Group B match and then restricted their opponents to 110.While the rest of the Proteas batters struggled on a tricky wicket, Brevis stroked 104 off 110 balls, embellished with 11 fours and a six. He then bagged 2/18 in 5.4 over spell with his leg-breaks.Uganda’s chances of progressing to the Super League knockouts are over after back-to-back defeats, though Juma Miyaji with 3/33 and Pascal Murungi with 3/58 were both impressive with the ball.Afghanistan skipper Suliman Safi got his tournament off to a fine start with a 62, helping his side rebuild their innings after a mini-collapse of three wickets for four runs saw the top three all back in the pavilion with the score at 40/3. They finally managed 200 in a Group C match and then bundled out PNG for 65.The left-hander hit nine fours in his knock, the top-score of the match, and his 105-run partnership with Ijaz Ahmad Ahmadzai effectively won the match for Afghanistan.