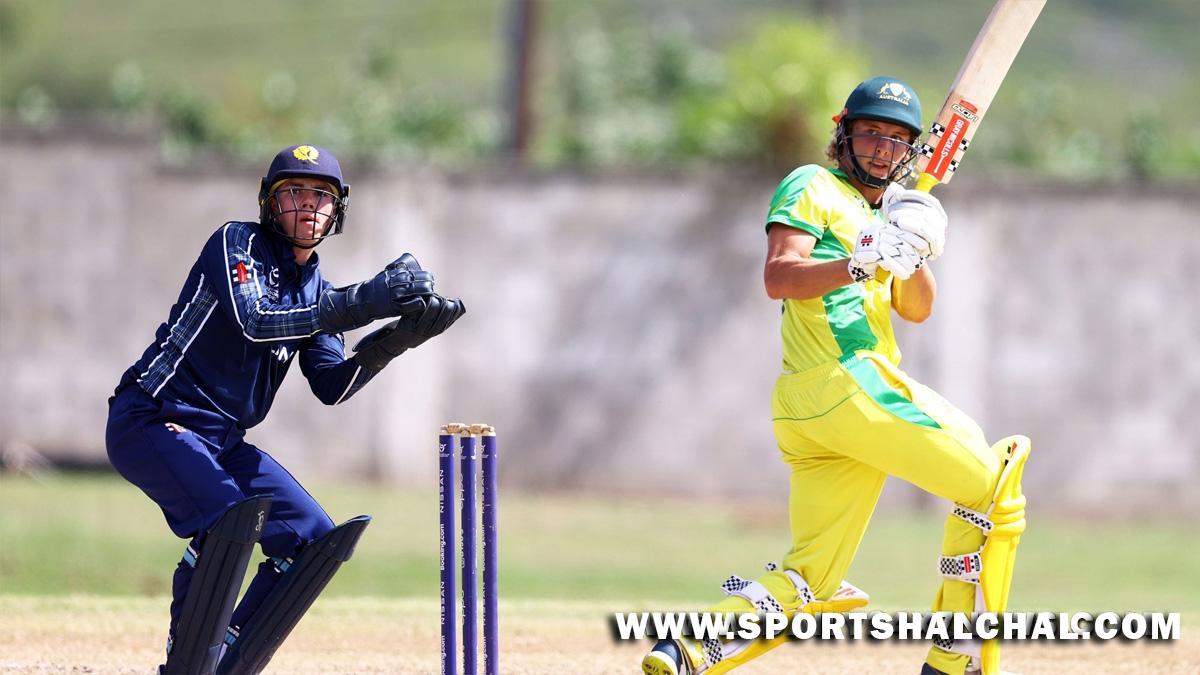 U19 CWC: Australia, Scotland captains reflect on positives from their Group D match

Basseterre : In the Group D match of the ICC Under 19 Men’s Cricket World Cup at the Conaree Sports Club, Australia bounced back from their defeat to Sri Lanka by registering a seven-wicket win over an impressive Scotland. It was a match where Scotland’s batting clicked to post a respectable 237 but Australia successfully chased down the total with seven wickets in hand.Australia captain Cooper Connelly was pleased with how the bowling and batting sides clicked in unison.”We were pleased with the ability to come back from our bowling performance. Chasing 240, we were pretty good with the bat today and I’m just really happy we got over the line.”Apart from Teague Wyllie’s unbeaten 101, one-drop batter Aidan Cahill too shone with a 45-ball 72, laced with seven fours and four sixes. With the ball, Cahill had figures of 2/33 from five overs.

“Number three (Aidan Cahill) played well for us. We threw him up and it worked for us. He took the game on and scored pretty quickly.”Australia are now second in Group D with four points, while hosts West Indies, placed third in the group, have two points less but have a superior Net Run Rate. Connelly had his eyes fixed on the match which will decide if they can progress to quarterfinals.”We’ll see what happens with Sri Lanka and West Indies (on Friday) and take it from there.”Scotland skipper Charlie Tear was happy with his team’s performance despite being on the losing side. “We can definitely take some positives. The way we batted in the first innings. To put 240 on the board, I was really happy with that. I also think we bowled well for most of their innings, we just let ourselves down in the field.”Tear hoped the batting, bowling and fielding will all click together in future matches. “In the future we are looking forward to putting the two things together. We’ve competed well in two of our three games. As I say, we’ve been good in stages we just need to put it all together. We’ve been in with a chance of winning two of our group games, but we’ll have to start putting everything together.”