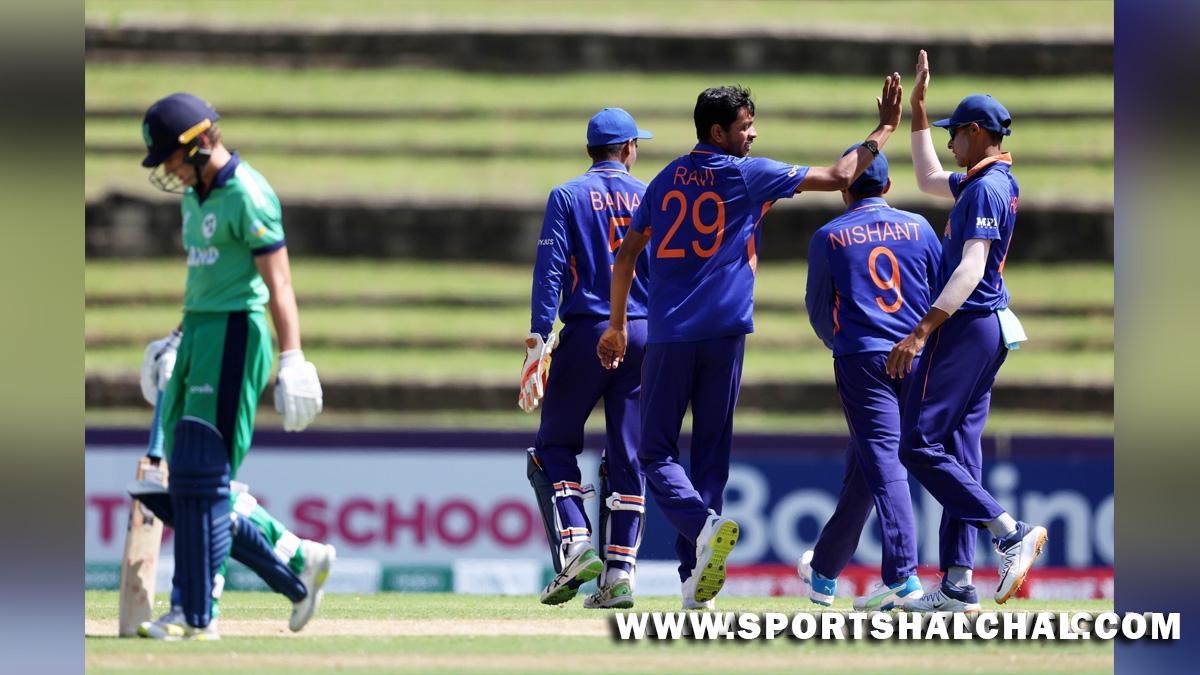 Trinidad : Stand-in skipper Nishant Sandhu was happy with the performances of his team-mates in the 174-win over Ireland despite missing six players, including main captain Yash Dhull, due to COVID-19 cases in the camp. With the win over Ireland at the Brian Lara Cricket Academy, India have now progressed to the quarterfinal stage.”I’m really happy with the win. It was great to see everyone sticking to their roles and plans. We had to focus early, had to keep those things (COVID-19 cases in the camp) out of the mind and the boys responded well. Support staff are doing a great job in backing us and giving us all that we need to perform,” said Sandhu after the match.Ireland captain Tim Tector gave full credit to India for winning by a big margin.

Batting first, India made a huge 307/5 in 50 overs, thanks to fifties from openers Harnoor Singh (88) and Angkrish Raghuvanshi (79) and a blazing cameo from Rajvardhan Hangargekar (39 not out off just 17 balls).With the ball, India were good enough to skittle out Ireland for 133 in 39 overs. “Have to give credit to India. They came out with the bat and put pressure on us straightaway. We didn’t bowl particularly well although we did pull things back well later on,” said Tector after the match.”We were happy to restrict them to 307, because it was a good surface. Was always going to be a challenge for us. Losing early wickets put us on the back foot. Maybe we could have been more proactive. But again, got to give credit to India, they hardly gave us loose balls,” added Tector.India next face Uganda on January 22, where a win would see them seal the top spot in Group B while Ireland will face South Africa on Friday.