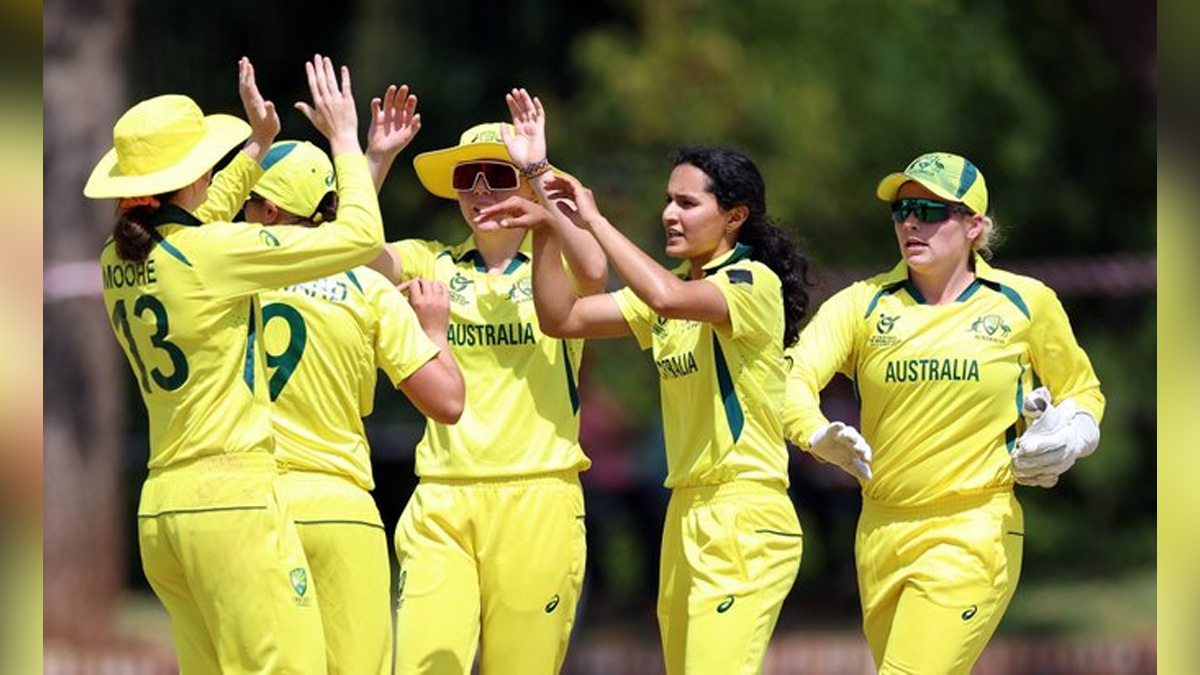 Potchefstroom : After being undefeated in the group stage of U19 Women’s T20 World Cup, India were handed their first loss of the tournament through a seven-wicket defeat to Australia in their first Super Sixes clash at the North-West University Oval.

Australia captain Rhys McKenna won the toss and chose to bowl first, and that decision paid off as they dismissed India for just 87. Opener Shweta Sehrawat (21 off 29 balls) was the best amongst the Indian batters, striking three boundaries against the new ball.

But she lost her partners all too often, as pacer Milly Illingworth struck twice in the early stages to take out captain Shafali Verma and Gongadi Trisha. Maggie Clarke came on and did a similar trick, getting rid of Sonia Mendhiya (2) and the dangerous Richa Ghosh (7) in quick succession.

India continued to lose key wickets, and Sehrawat was the fifth victim midway through the 11th over. Hrishita Basu (14 off 23 balls) and Titas Sadhu (14 off 13 balls) tried to give themselves a total to defend through some shots, but it was not enough.

In the chase, Australia’s chase saw every batter find the fence on at least one occasion. Sianna Ginger (11) and Kate Pelle (17) added a quick 28 for the opening stand.

Though the opening duo and Ella Hayward (7) fell before the end, Claire Moore (25 not out) and Amy Smith (26 not out) had enough freedom to finish with a flourish.

Both batters hit sixes with victory in sight, as Australia reached home with 37 balls to spare. Having lost one of their group matches to Bangladesh, Australia brought two points to the second stage of the competition, two less than leaders India and Bangladesh.

The win draws them level with India and gives them a real chance of claiming a place in the final four following a big victory over UAE on Monday.

India, meanwhile, have to win against Sri Lanka in their second Super Sixes match on Sunday afternoon, to keep themselves in the hunt for a place in the semi-finals of the inaugural edition of ICC Under-19 Women’s T20 World Cup.