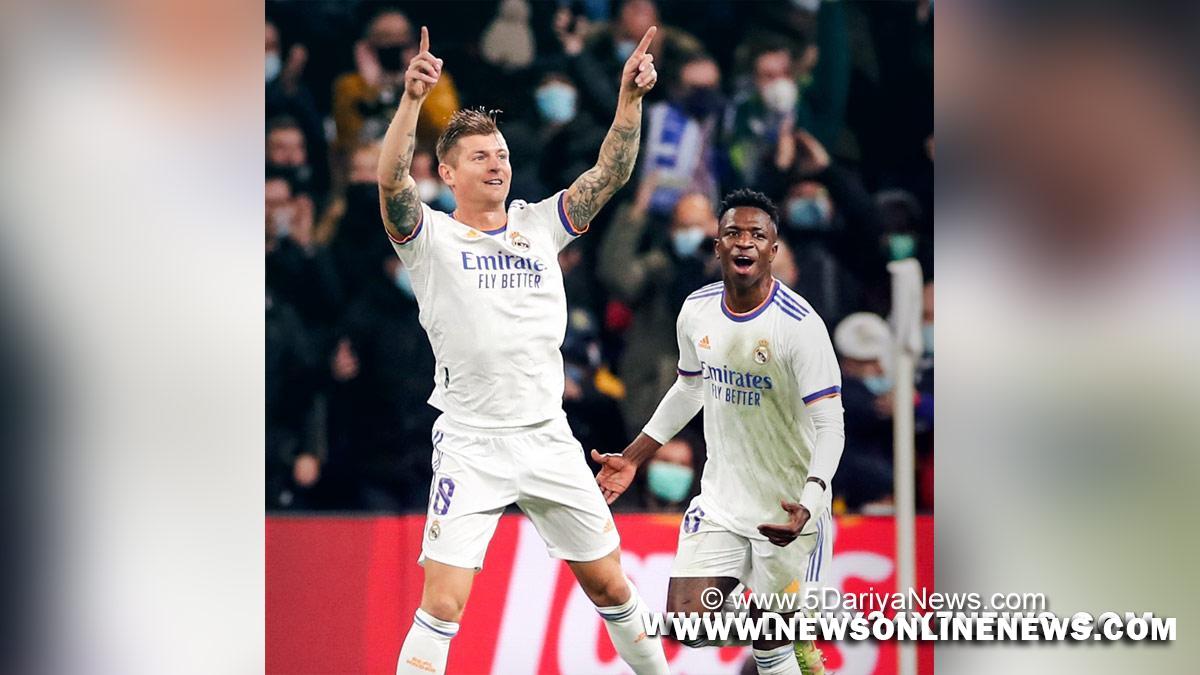 Madrid : Real Madrid beat Inter Milan 2-0, while Atletico Madrid’s win in Portugal, coupled with Liverpool’s triumph in Milan allowed Atletico to qualify for the knockout stage of the Champions League.Real Madrid led at the break against Inter through a Toni Kroos goal, after the German midfielder smashed the ball home from outside of the penalty area on Tuesday night.Rodrygo also hit the post for the home side, who had Luka Jovic in attack for the injured Karim Benzema, but Real Madrid didn’t have things their own way as Inter managed 13 shots in the first half. That is the highest number of shots a Champions League rival has managed in the Santiago Bernabeu Stadium since the 2003/4 season, although only one was on target.

Nicolo Barella complicated Inter’s task in the 64th minute when he was sent off for an incident in which he appeared to punch Real Madrid defender Eder Militao in the leg and Marco Asensio assured Real Madrid’s win with a precise shot following a pass from Dani Carvajal in the 79th minute.Atletico Madrid endured a nervy night in Portugal before booking their place in the last 16 with a 3-1 win away to Porto, Xinhua reports. Jan Oblak made some important saves to keep Atletico in the game in the first half, before a major error from his opposite number Diogo Costa gifted Antoine Griezmann the opening goal of the game in the 55th minute.Yannick Carrasco was sent off in the 67th minute for aggression, but that was soon levelled up after Wendell was also shown a red card for a supposed aggression against Atletico forward, Matheus Cunha, who contributed some good acting to ‘help’ the officials.With Porto looking for the goal they needed to qualify for the last-16, Angel Correa and Rodrigo de Paul assured the win with goals in the 90th and 92nd minutes, before Oliveira netted a penalty for the home side in the 96th minute.