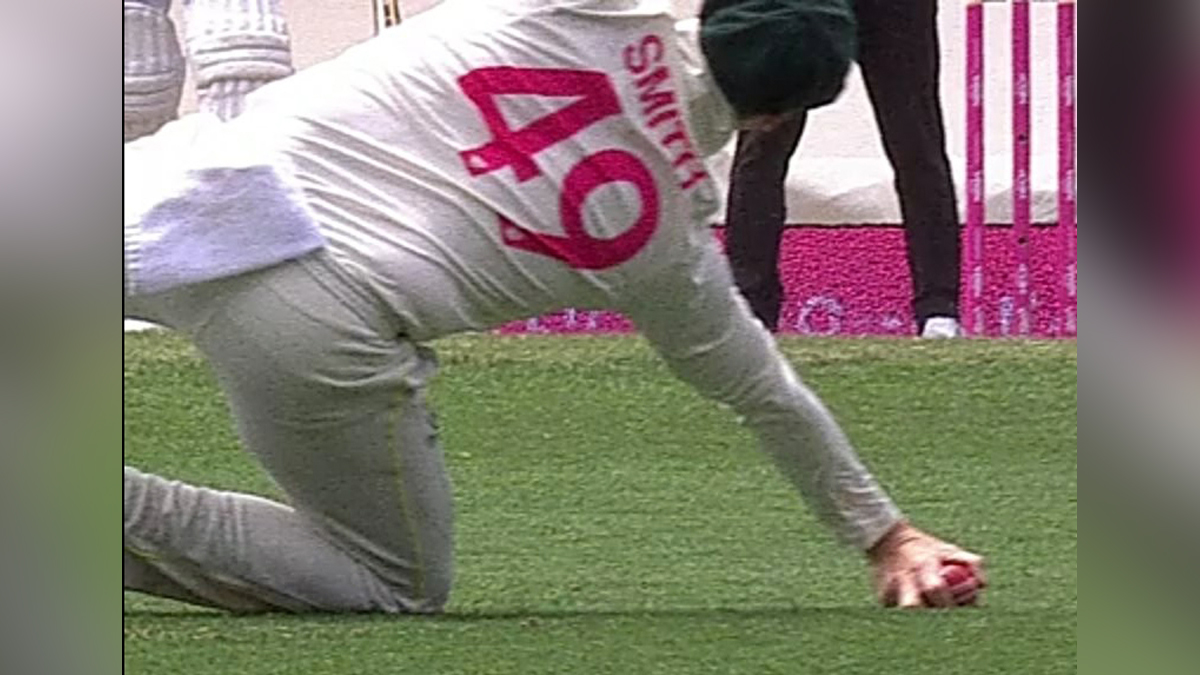 Umpires made the right call in denying Steve Smith the catch at slip : Alex Carey

Sydney : Australia wicketkeeper-batter Alex Carey believes umpires made the right call in the controversial review that denied Steve Smith a catch in the slips during day four’s play in the third Test against South Africa.

The Proteas were at ten runs in the first five overs when returning fast bowler Josh Hazlewood steamed in towards captain Dean Elgar, who edged the ball to the slips where Smith dived to his right and appeared to grab the ball within centimetres of the turf.

Smith, though, was left unsure at his own attempt of taking the catch. After some deliberation, the on-field umpires went upstairs towards third umpire Richard Kettleborough, who determined that Smith had touched the grass in the motion of grabbing the ball, giving Elgar a lifeline and crowd at the SCG booing the decision.

But Hazlewood soon had Elgar’s wicket, with the Proteas skipper gloving one through to Carey shortly and departing for 15. Carey, who had a view of just metres away from Smith from the catch, said he thought Smith took the ball cleanly but admitted that the umpires made the right call based on the available footage.

“I was standing in the slips, I guess my view was it went in cleanly. I just I got a sort of quick look, obviously it all happens quite quickly but a quick look at it, the slap into the hand was really encouraging for me.”

“But yeah, there’s enough technology I think we saw in the first innings Marnus’ one was close, this one was close. At the end of the day when the catcher I guess jumps up and was not quite 100 per cent sure I think the umpires made the right call,” said Carey to SEN Test Cricket show.

Earlier, Kettleborough gave Australia top-order batter Marnus Labuschagne a reprieve on day one of the Sydney Test, with an edge to Simon Harmer in the slips deemed not out. Former Australian umpire Simon Taufel said to Channel Seven he agreed with Kettleborough’s view on giving that Smith catch of Elgar not out.

“The really good angle in that process was from behind the slips cordon, when you saw the ball actually on the ground, and I’m very happy that Richard has made that call.” “You can see the ball goes into the hand but the ball cannot touch the ground through that process.

We must remember that this soft signal process has been tweaked a little bit. This decision was entirely in the hands of the third umpire.”