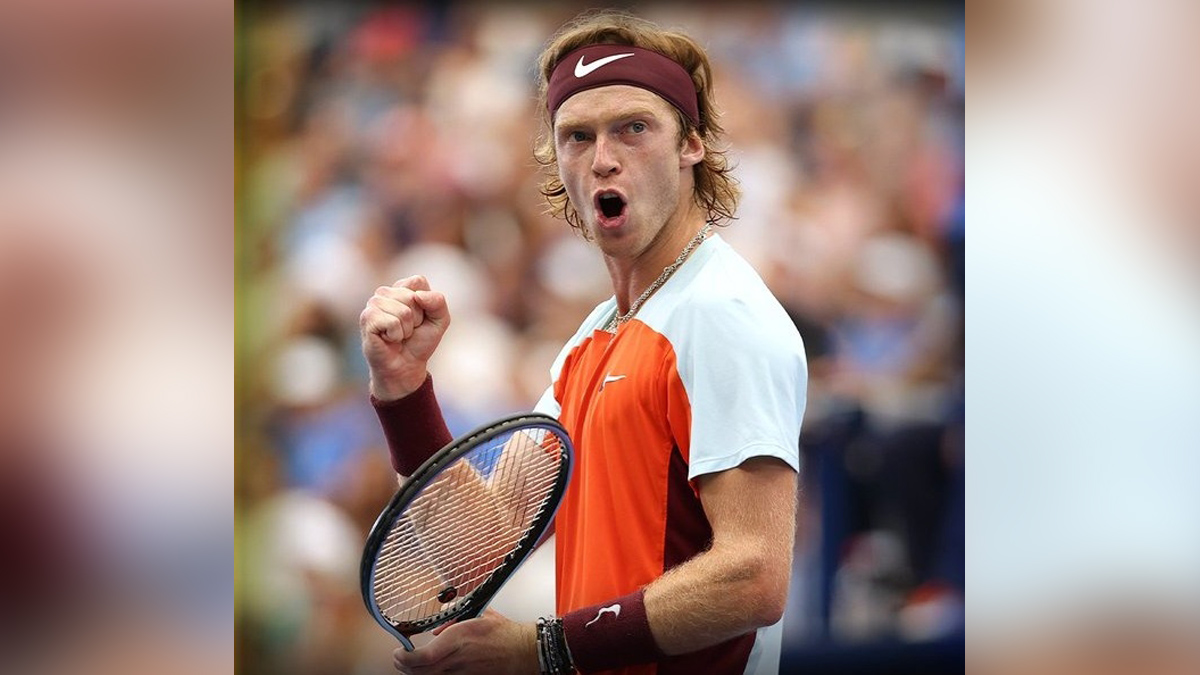 New York : Ninth seed Andrey Rublev stormed into the men’s singles quarterfinals at the US Open here on Monday, stunning seventh seed Cameron Norrie of Great Britain in straight sets in a fourth-round showdown at the Louis Armstrong Stadium here.

In a two-hour, 26-minute encounter marred by rain, Rublev won 6-4, 6-4, 6-4, gaining crucial breaks in all three sets to emerge victorious. He now awaits the winner of the match between Spain’s Rafael Nadal and home favourite Frances Tiafoe in the last-eight stage.

Four-time champion Nadal and Taifoe play later on Monday night.Rublev struck consistently from deep and was clinical with his chances on return as he capitalised on an uncharacteristically wayward performance from the seventh-seeded Norrie to wrap a two-hour, 26-minute victory and reach his fifth Grand Slam quarter-final.

The 24-year-old fired 30 winners and made just 17 unforced errors en route to beating a Top 10 opponent at the US Open for the fourth time.The win moves Rublev into his third quarter-final at Flushing Meadows, where he now holds a 17-6 record.