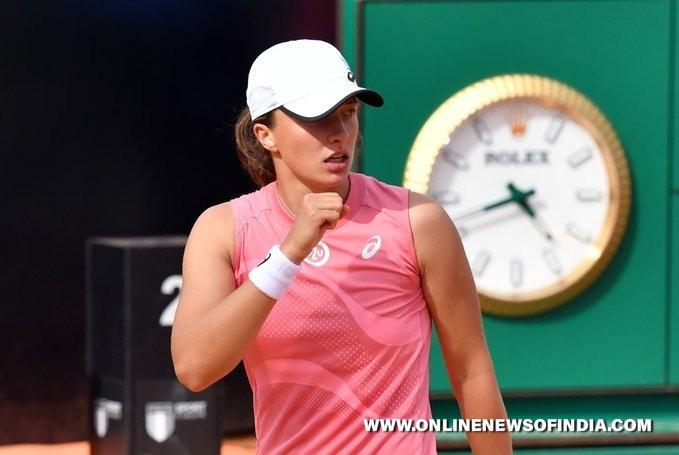 New York : Iga Swiatek, the No.7 seed from Poland, survived another three-setter as she outlasted No.28 seed Anett Kontaveit of Estonia, 6-3, 4-6, 6-3, to reach the Round of 16 at the US Open for the first time in her career.The 2020 French Open champion Swiatek, who came back from 3-6, 6-6 down to scrape past Fiona Ferro of France in the previous round, needed two hours and 17 minutes to overcome a surging Kontaveit.Kontaveit had won their first two meetings, including a tough fourth round of the Australian Open last year. But Swiatek beat Kontaveit during her attempted title defence at the French Open earlier this season, and she made it two in a row in New York, levelling their head-to-head.Swiatek is the first Polish woman to reach the round of 16 at the US Open since Agnieszka Radwanska did so in 2016. But it was a tough test getting past Kontaveit, as the Estonian fended off 14 of Swiatek’s 19 break points in total. Still, Swiatek dropped serve one fewer time than Kontaveit in the clash.Swiatek has now made the second week of all four majors this year — the only WTA player to accomplish that feat in 2021.”That’s my first time in the fourth round of US Open, I’m pretty proud of that,” said Swiatek, after her win.”We did a great job. Being in fourth round of all the Grand Slams this year, it shows that really I am going the right path,” she told wtatennis.com.
In the fourth round, Swiatek will meet No.11 seed and Olympic gold medallist, Switzerland’s Belinda Bencic, who defeated 23rd-seeded Jessica Pegula of the US in straight sets.No.17 seed Maria Sakkari of Greece moved into the round of 16 for the second year in a row by dispatching No.10 seed Petra Kvitova of the Czech Republic, 6-4, 6-3.Sakkari notched her eighth win over a top-20 player this season as she swept to victory in an hour and 20 minutes.”I think it was a great match,” Sakkari said afterwards. “It’s always tough to play against Petra, because she hits very hard, probably the hardest on the tour. She’s lefty, so it makes your life even tougher. I was prepared that I’m gonna have to hit out of her rockets, but I’m very pleased with the way I served, the way I returned, and my attitude on court once again.”Sakkari will face No.6 seed and 2019 US Open champion Bianca Andreescu, after the Canadian dismissed lucky loser Greet Minnen of Belgium.No.4 seed Karolina Pliskova of the Czech Republic stormed into the round of 16, cruising past Ajla Tomljanovic of Australia, 6-3, 6-2 in an hour and 11 minutes.”I was just feeling confident coming to this match,” Pliskova said, after her win. “Of course, I was serving pretty well, even better than the match before. So that kind of helped me a bit. Even the game from the baseline, I thought it was pretty solid today.”Former World No.1 Pliskova is now into the US Open fourth round for the fifth time in her career. Her best result in New York is a runner-up showing in 2016, when she defeated Serena Williams in the semifinals before losing to Angelique Kerber in a three-set final.