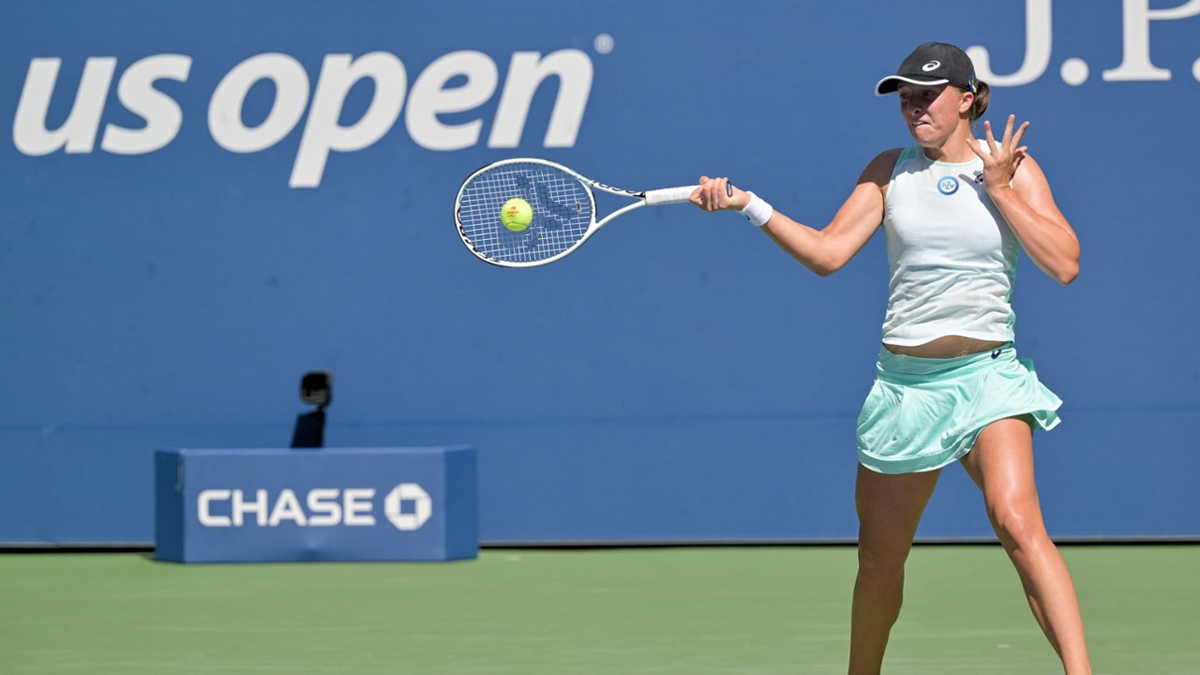 US Open : Iga Swiatek starts her campaign with straight-set win on Day 2

New York : Playing in the U.S Open as World No. 1 for the first time, Iga Swiatek romped into the women’s singles second round on Tuesday, brushing aside Jasmine Paolini in straight sets here.

The Pole found her stride to accelerate into the second round with a 6-3, 6-0 win over Jasmine Paolini on Day 2 of the Grand Slam.”I think I just found my rhythm [and] could make her run a little bit more,” Swiatek said on the court after the match.

“I know she has great touch, so I wanted to use my angles and I think I did that pretty well.””I like playing these first matches because it’s a pretty good test for me and [I] can really find my rhythm.

In the last tournaments, I started with byes, which is great, but sometimes it’s pretty weird to play an opponent who has already played matches. Right now, we start from an even position and it’s pretty cool because I can really implement what I’ve been working on in practice,” she was quoted as saying by the official website on Tuesday.

The top seed collected eight consecutive points, punctuated by some computer game returns lasering towards the Italian’s toes, for an early break lead.Paolini kept launching into her shots and wrestled back the initiative to stay in contention, but each time trouble loomed, Swiatek responded with venom.

All of a sudden two volleys on the stretch and Swiatek snatched away the set with her fourth break of serve.The 21-year-old is like a sprinter off the mark and reached a Paolini drop shot to fire away a backhand putaway.

A bullet return winner down the line and Swiatek was cruising at 2-0 up, said a report on the official website.The world No. 1 had found that extra gear and will have the rest of the draw worried with some of the ease of striking.

Asia Cup: Was aware of the situation, prepared myself mentally to bat at No. 4 : Ravindra Jadeja