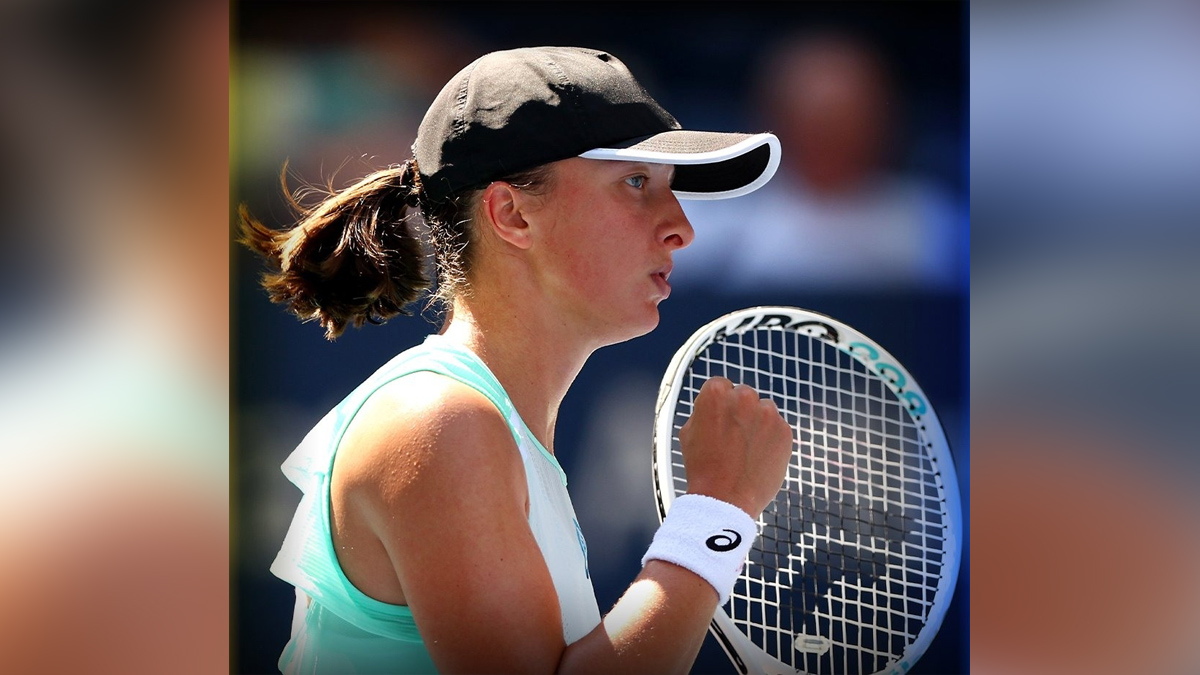 New York : World No. 1 Iga Swiatek of Poland defeated former champion Sloane Stephens in straight sets at the US Open in just 1 hour, 13 minutes here Thursday.Swiatek, who has earlier this year was on a dominant 37-match win streak, won 6-3, 6-2.

The free-swinging Swiatek, 21, a two-time Grand Slam champion, is increasingly looking like she may be ready to scale those heights again. But her current form is still far from the flawless play she exhibited in the spring and early summer.

Still, Swiatek-surprisingly playing for the first time on Arthur Ashe Stadium-easily passed the first significant hurdle in her campaign to add a US Open title to her resume. Stephens, now 29 and ranked No. 51, came in as a very dangerous floater.

She was also unseeded, ranked just No. 83 when she won the US Open in 2017.Kvitova through after Kalinina withdraws.Petra Kvitova advanced to Round 3 of the US Open without hitting a ball.The No. 23 seed reached the third round on Thursday when Anhelina Kalinina withdrew from both singles and doubles due to illness.

Kvitova, a two-time Wimbledon winner, is through to the last 32 in New York for the 11th time in 15 career appearances.The US Open is, though, the only Grand Slam tournament where she has yet to reach the semifinals.

She reached the quarterfinals in 2015 and 2017.The Czech will next face the winner of the match between No. 9 seed Garbie Muguruza and her 17-year-old compatriot Linda Fruhvirtova.

Pegula reaches the next round Jessica Pegula lived up to her billing as the leading light for home interest, making a statement with a hard-fought 6-4, 6-4 victory over Aliaksandra Sasnovich.

“It’s been really special to be the No. 1 American, it’s pretty cool,” stated Pegula.”You always have goals, you want to dream big, but at the same time, you do have to stay present to take it one match at a time. It’s good to dream, but you’ve got to work on all the little things that build you up to get there.

That’s what I’ve been doing pretty well, but balancing it is tough.”The American No. 1’s doubles prowess was on display from the get-go, the depth of return and a punchy volleyed putaway ensured an instant 2-0 lead.

US Open : Steady Victoria Azarenka beats Marta Kostyuk to reach the third round