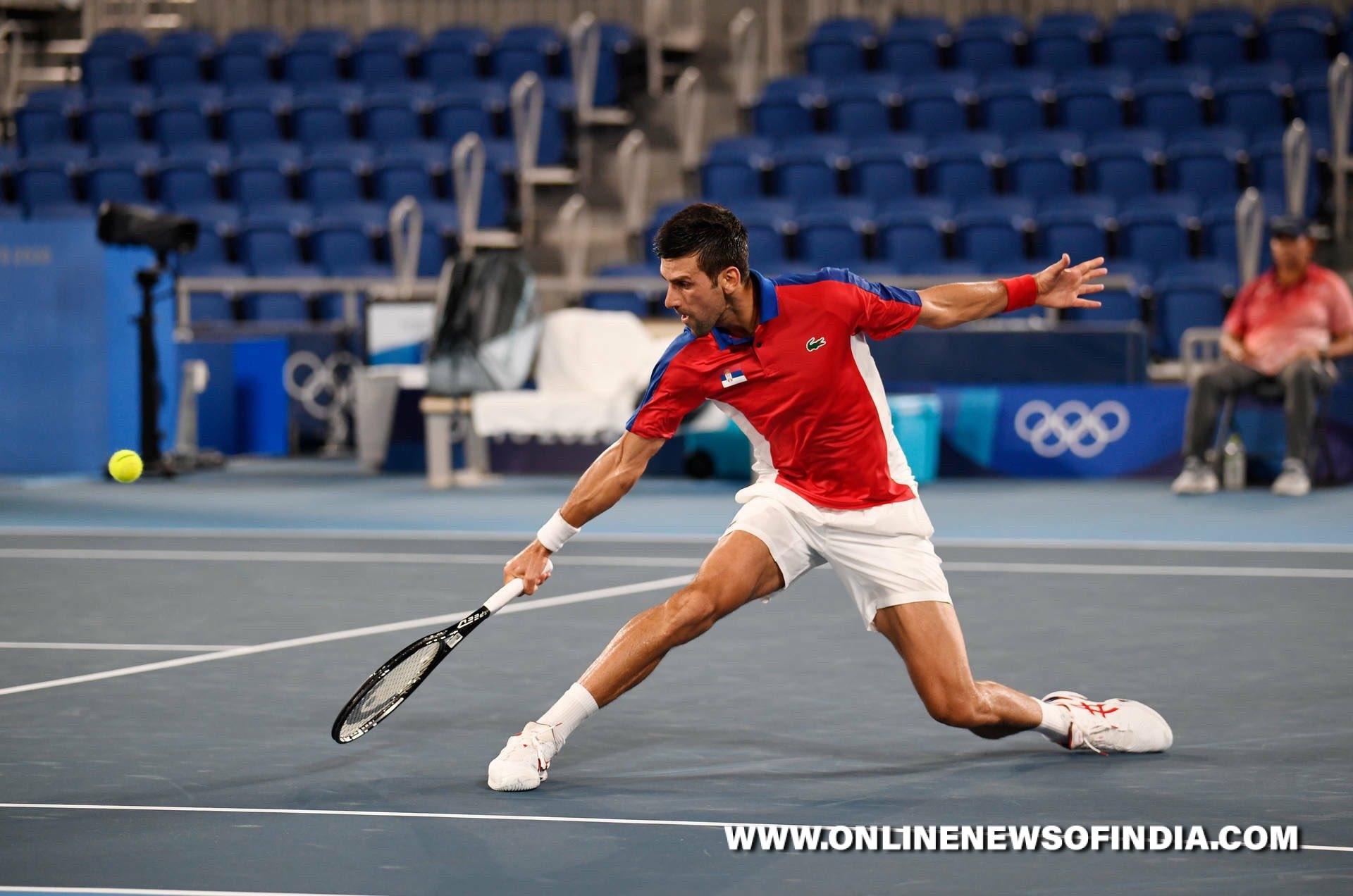 US Open: Novak Djokovic overcomes Kei Nishikori challenge to sail into fourth round

New York : Top seed Novak Djokovic of Serbia continued his pursuit of the Grand Slam as he rallied to beat Kei Nishikori of Japan to reach the fourth round at the US Open here.Djokovic recovered from losing the first set as he struck 45 winners to move past the 31-year-old 6-7(4) 6-3, 6-3, 6-2 in three hours and 32 minutes, improving to 18-2 in their ATP head-to-head series.”I don’t think I started off very well,” Djokovic said. “I was quite passive. I was too far back in the court. He was dictating the play. I was still trying to find the rhythm, find the tempo. Obviously he played much quicker and more aggressive than my opponents in the opening rounds did, so it took me a little bit of time to adjust to his game.”I think beginning of the second set I already felt like I’m getting the groove back, I’m getting that rhythm back. I was very pleased with the focus. Maybe at some points I wasn’t at my best, but overall I was determined, I was concentrated and that’s what matters in the end,” Djokovic told atptour.com.Djokovic, who can also pass Roger Federer and Rafael Nadal for most Slam titles with his 21st major trophy in New York, is now just four victories away from becoming the second man in the Open Era alongside Rod Laver in 1969 to capture the Grand Slam, having triumphed at the first three majors of the season.

The world No. 1 has claimed 17 consecutive victories against Nishikori, last falling to the 31-year-old in the semifinals at the US Open in 2014. The 85-time tour-level titlist recently defeated Nishikori at the Tokyo Olympics, dropping just two games en route to his victory.Djokovic, who overcame Denmark’s Holger Vitus Nodskov Rune and Tallon Griekspoor of the Netherlands in his first two matches, will face 21st seed Aslan Karatsev of Russia or American Jenson Brooksby in the fourth round.Nishikori caused problems for the top seed in the first set as he fired the ball with consistent power and depth to force Djokovic into unforced errors, with the Serbian committing 20 in the set. While Djokovic did break back as they moved to a tie-break, Nishikori then held his nerve to lead when Djokovic hit a forehand return long.Nishikori was making his 12th appearance at the US Open and was aiming to reach his fourth quarterfinal in New York.”Well, [it was a] tough loss,” Nishikori said in his post-match press conference. “I thought I was playing much better than the last couple matches we played [but] in some moments he was playing very solid that I couldn’t, like, break the wall.”