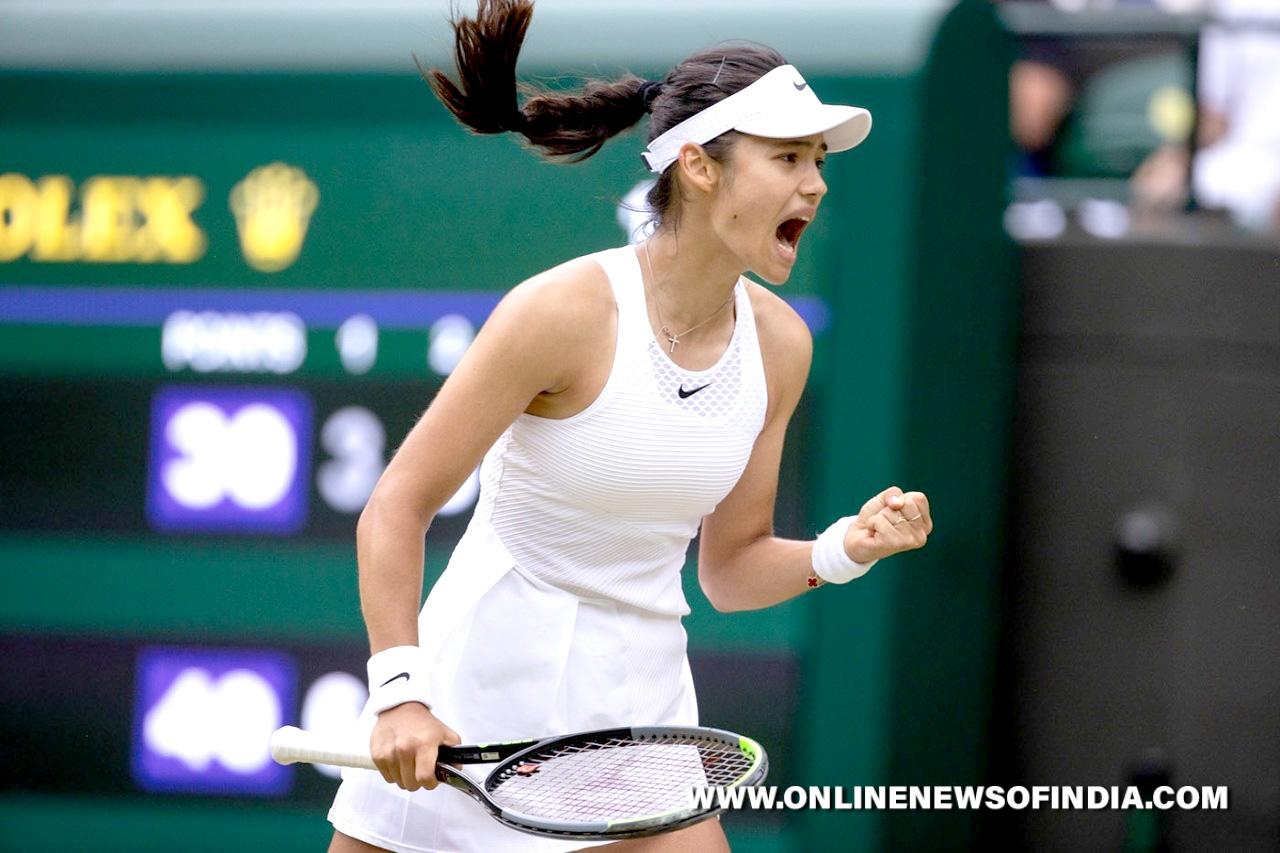 New York : British teenager Emma Raducanu continued her sensational run as she became the first qualifier to make the semi-finals at the US Open, stunning Tokyo Olympics gold medallist Belinda Bencic of Switzerland in straight sets.Emma, 18, defeated No. 11 seed Blenda 6-3, 6-4 in one hour and 22 minutes at the Arthur Ashe Stadium on Wednesday evening.Just two months after her breakthrough run to the round of 16 in her Grand Slam main-draw debut at Wimbledon, the World No.150 Emma is now into the final four of a major in just her second appearance.Teenagers will now feature in both of Th’rsday’s semifinals: Leylah Fernandez of Canada, who turned 19 on Monday, also won her quarterfinal and will face No.2 seed Aryna Sabalenka in the bottom half of the draw.Emma Raducanu is the fourth women’s qualifier to reach the semi-finals of a Grand Slam event in the Open Era (since 1968). She joins Christine Dorey (1978 Australian Open), Alexandra Stevenson (1999 Wimbledon), and Nadia Podoroska (2020 Roland Garros) to achieve this feat.

She is also just the third woman ranked outside the Top 100 to make it into the US Open semi-finals, joining WTA Legends Billie Jean King in 1979 and Kim Clijsters in 2009. Both King and Clijsters were unranked in those instances; Clijsters went on to win the title, according to information available on the WTA Tour website.”I’m so pleased to have come through that,” Emma told the press, after her win. “Belinda is such a great opponent and she’s an Olympic gold medallist, which is probably one of the biggest events in sport.”She’s a great player, and I knew it’s going to be an extremely difficult match. It took me some adjusting at the beginning to get used to her ball speed, yeah, how aggressive she was. Once I adjusted, I settled in. I didn’t overpress as much. I found a way to win, but it was very difficult to play against someone at such a high level.”Let’s say I have a hunger to win every single match I play, so I don’t want to get ahead of myself at all, because I just like to take it one day at a time. If I take care of what I can control, then that’s going to give me the best chance.

“Until now, I think it’s worked very well for me not getting ahead of myself, just focusing on one point at a time. It’s got me to this stage, and I’m not going to change anything.”I have actually got no idea about any of the records at all. It’s the first time I heard today that I was the first qualifier to make the semis. I had no idea before that. Yeah, I’m not here to chase any records right now. I’m just taking care of what I can do on the moment and on the match ahead,” she was quoted as saying by the WTA.Emma has still not lost a set in her eight matches over the past two-and-a-half weeks, which includes her three qualifying matches the week prior to the event.She was cleaner on the day than the more experienced Belinda, who was seeking her second trip to the US Open semifinals in her last two appearances. Belinda had reached the semis in 2019 but did not play last year.The British teen had 23 winners, nearly double her unforced error count of 12. Belinda, by contrast, had 19 winners and 21 unforced errors. Emma was also far more successful on breakpoints, going 3-for-6, while Belinda could only convert one of her five.