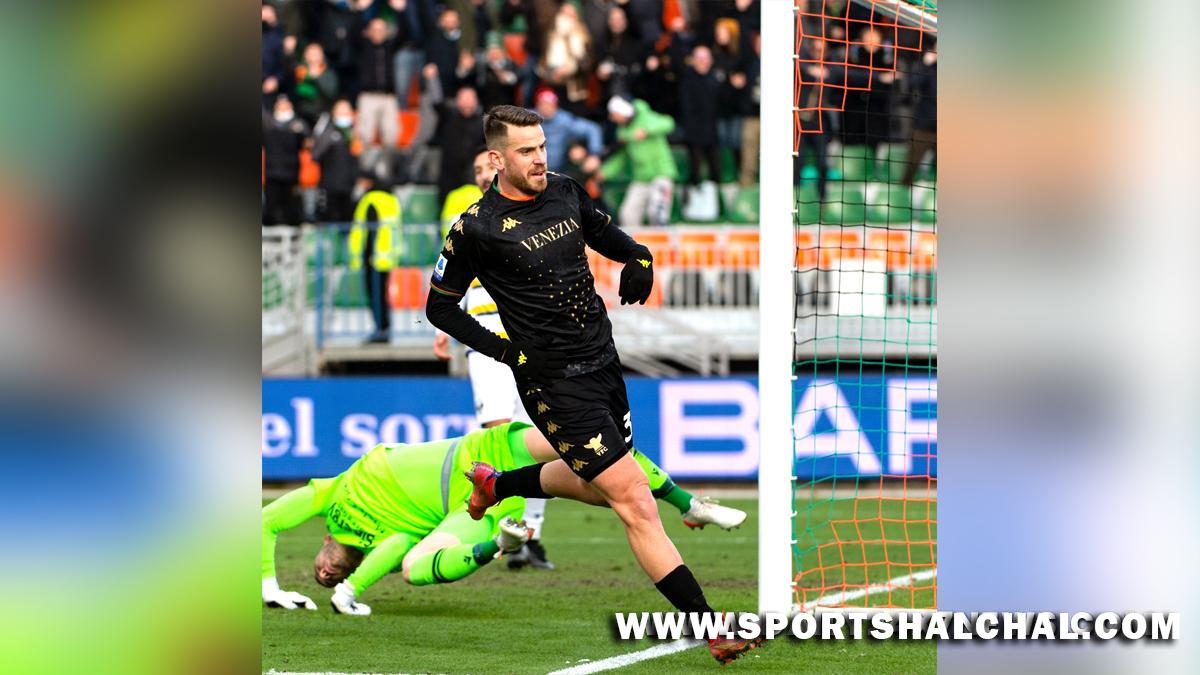 Rome : Juventus failed to wrap up all three points against Venezia in Serie A, as they were held 1-1 by the newly-promoted Venezia, while Zlatan Ibrahimovic’s late equaliser prevented AC Milan from a defeat against Udinese.The Bianconeri made the trip to Venezia without Federico Chiesa and Dejan Kulusevski, and lost Paulo Dybala in the opening minutes, but they went ahead in the 33rd minute as Luca Pellegrini rolled across from the left, Alvaro Morata cushioned a volley into the net on Saturday evening.The home side punished toothless Juve in the 55th minute as Mattia Aramu’s left-footed volley went beyond an out-stretched Wojciech Szczesny, Xinhua reports.

The tie, coupled with Fiorentina’s 4-0 victory over Salernitana on Saturday, dropped Juve to sixth place with 28 points, two behind the Viola.Elsewhere, Beto’s first-half goal gave Udinese a 1-0 lead, but Ibrahimovic’s stunning scissor-kick in the stoppages time helped Milan to settle for a 1-1 draw.It is Ibra’s 300th goal in the Europe’s top five leagues, the Swede became the third player to reach the milestone in the 21st century, after Cristiano Ronaldo and Lionel Messi.The Rossoneri still ranks first with 39 points, but only two above Inter Milan who hosts Cagliari later on Sunday.