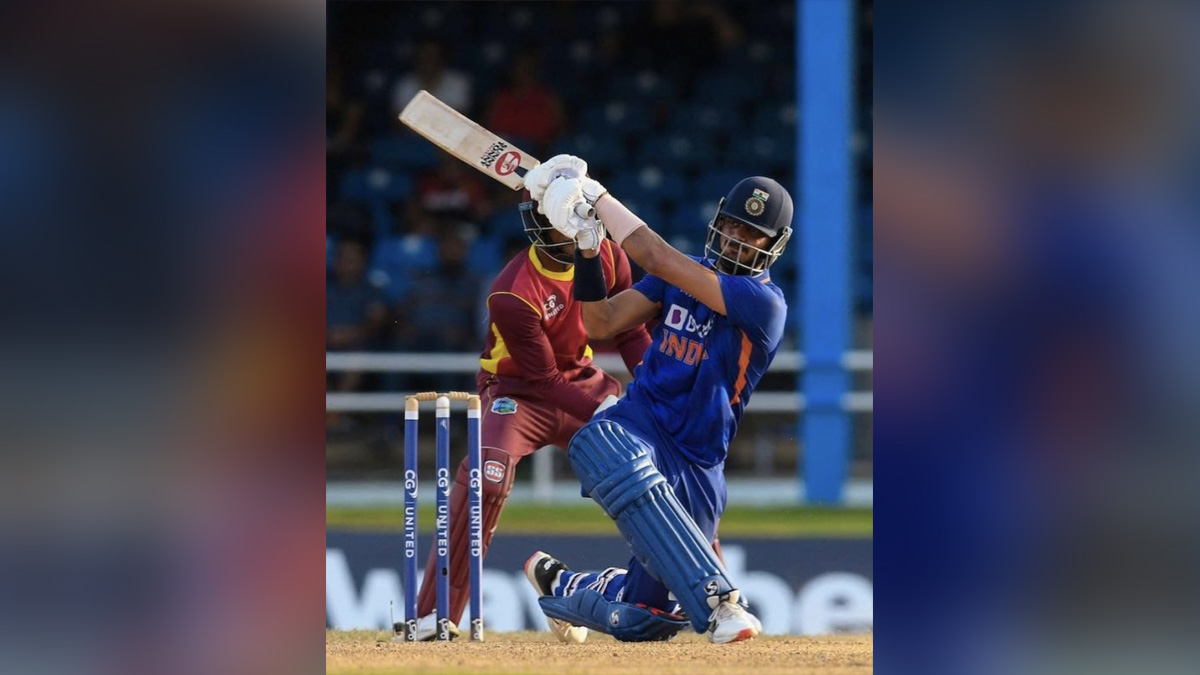 New Delhi : In the last couple of years, left-arm spin all-rounder Axar Patel’s batting stocks have risen in the cricketing world. The proof of it was seen in his unbeaten knock of 64 off 35 balls, also his maiden half-century in ODI cricket which won India the second ODI match and series against West Indies in Trinidad.

Pravin Amre, the assistant coach for Delhi Capitals, a side Axar has been part of since 2019, expressed delight over the all-rounder’s recent great batting show while pointing out that he had been doing the same for his IPL team.

Amre knows it very well as during the IPL season in October 2020, Axar had hit left-arm spin all-rounder Ravindra Jadeja for three sixes in the last over to win a match in Sharjah for Delhi against Chennai Super Kings.

More recently in IPL 2022, Axar walked out to bat when Delhi was tottering at 104-6 in a chase of 178 and took the side home against Mumbai Indians with an unbeaten 38 off 17 balls in their opening match at Brabourne Stadium.

“We have to give a lot of credit to the owners also, because they are the ones who got him traded from Punjab (Axar was bought by Delhi for INR 5 crores in player auction ahead of 2019 IPL season) and believed that he can be an asset for the Delhi Capitals.

“He has been doing extremely well for the last three years. We all believe that he is going to be a genuine all rounder and this is what he is actually delivering for Team India.”

“We are very delighted because he has done the same for us in Delhi Capitals, like in a couple of matches he contributed for us winning with the bat also.We know how good a bowler he is, but his all-rounder role is important, especially in T20 cricket.

I am looking forward to him doing the same thing for team India in the World Cup,” said Amre to IANS on the sidelines of the franchise launching their first cricket academy in Noida.

One of Amre’s wards, batter Shreyas Iyer, hasn’t looked comfortable of late while playing against the short ball in IPL and international cricket. Asked about Iyer’s short-ball issues, Amre remarked, “The itinerary is such that there is no time to get a break.

They are traveling continuously with the team. But I am sure that he’s more matured now and has played more cricket now. I think that’s where he will adjust himself and that is what the beauty of the game is.

So many times, you have to be on your own to take those calls and make those small-small adjustments.”Amre signed off by expressing his pleasure with Delhi skipper and India wicketkeeper-batter Rishabh Pant producing great batting performances in international cricket.

Currently featuring in T20I series against the West Indies, Pant had a memorable England tour, making 146 and 57 in rescheduled fifth Test at Edgbaston and 125 not out in ODI series decider at Edgbaston.

“I will say that the IPL experience has really helped him to go out and deliver for team India’s success.Very happy to see him contributing because he is a guy who is single-handedly a match-winner, for team India also.It’s good and we are really hoping that he contributes in the upcoming series also.”