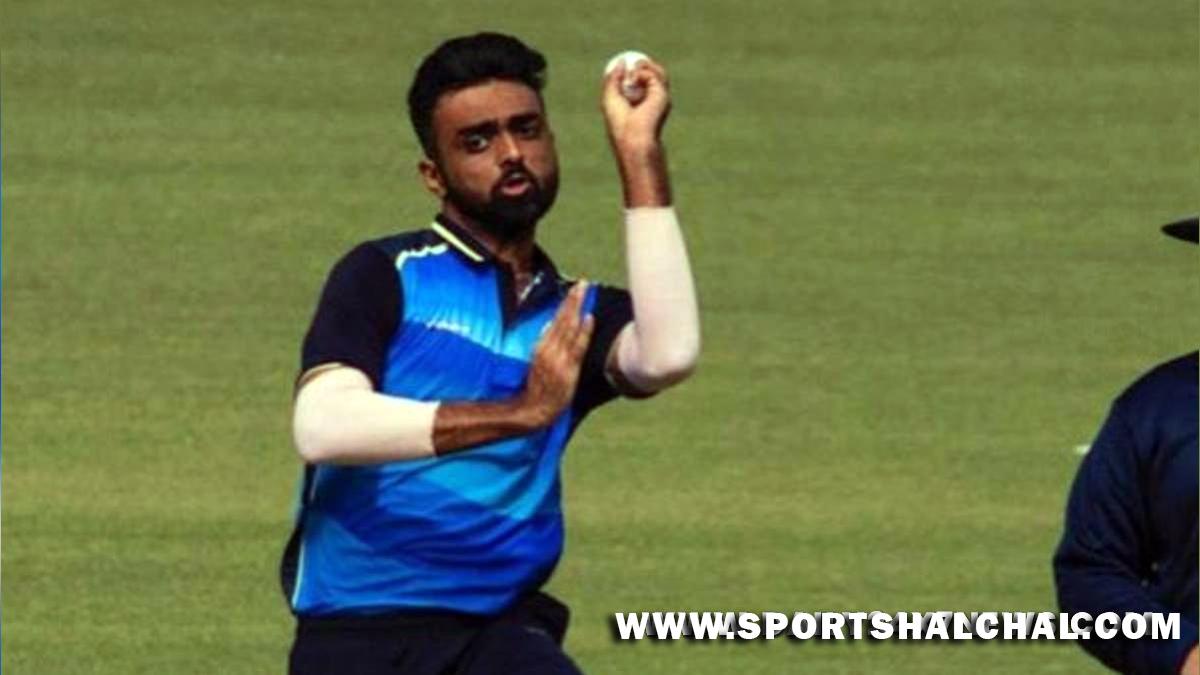 Jaipur : On second day of quarter-finals in the Vijay Hazare Trophy, Saurashtra and Services entered the semi-finals after competing their respective chases with a similar margin of seven wickets. While Saurashtra got the better of Vidarbha in the third quarter-final at the Sawai Man Singh Stadium, Services edged past Kerala in the fourth one at the KL Saini Ground.After taking out Vidarbha for 150, Saurashtra lost their top three batters Vishvaraj Jadeja, Harvik Desai and Sheldon Jackson inside first ten overs. But Prerak Mankad and Arpit Vasavada joined forces to get the chase back on track and didn’t allow any room for Vidarbha’s bowlers to make a comeback. Vasavada began the resurrection job with a hat-trick of fours against Lalit M Yadav and even got a life when captain Faiz Fazal dropped his catch at the first slip.The duo stitched an unbeaten 116-run stand and batted with great attitude. Vasavada’s early flurry of boundaries meant that Mankad took his time and then got into the aggressive mode. It worked well for Saurashtra as the pressure created by the seamers early on evaporated.

Mankad reached his half-century with a chip falling short of long-off fielder off Akshay Wakhare in the 26th over. After reaching his fifty, Mankad slammed Aditya Sarwate for successive boundaries and hit two more off Wakhare before a punch to long-on for a single completed a one-sided win for Saurashtra.Earlier, Vidarbha managed to get a respectable total after being 86/8 in 27.4 overs. Their top six batters fell to some excellent swing bowling. Saurashtra captain Jaydev Unadkat had opener Atharva Taide caught behind before sending Ganesh Satish’s off-stump on a cartwheel ride. Fellow left-arm pacer Chetan Sakariya had Yash Rathod nicking to second slip to leave Vidarbha three down for just nine runs in the first eight overs.Wadkar and Fazal tried to bring Vidarbha’s innings back on track but fell to Mankad and Chirag Jani respectively. Jani came back to take out Sarwate while Dharmendrasinh Jadeja dismissed Yadav and Thakur on consecutive balls.

Thanks to Apoorv Wankhade’s 69-ball 72 and his 64-run partnership for the ninth wicket with Akshay Wakhare, Vidarbha were able to touch the 150-mark, not adequate to stop Saurashtra from reaching semi-finals.In the fourth quarter-final, Kerala’s modest total of 175 in 40.4 overs was chased down by the Services in 30.5 overs. Ravi Chauhan (95 off 90 balls) and Rajat Paliwal (65 not out off 86 balls) were the stars in a chase which ensured their first-ever entry into the semi-finals stage of the Trophy.Earlier, Kerala were restricted to 175 despite impressive knocks from Rohan S Kunnummal (85 off 106 balls) and Vinoop Sheela Manoharan (41 off 54 balls). Rest of the batters in the Kerala line-up failed to get going, Mohammed Azharuddeen and Jalaj Saxena fell for seven and duck while Sachin Baby and captain Sanju Samson made 12 and two respectively.While Services will play against Himachal Pradesh in the first semi-final at the Sawai Man Singh Stadium, Saurashtra will face Tamil Nadu in the second semifinal at the K L Saini Ground. Both matches will take place on December 24.