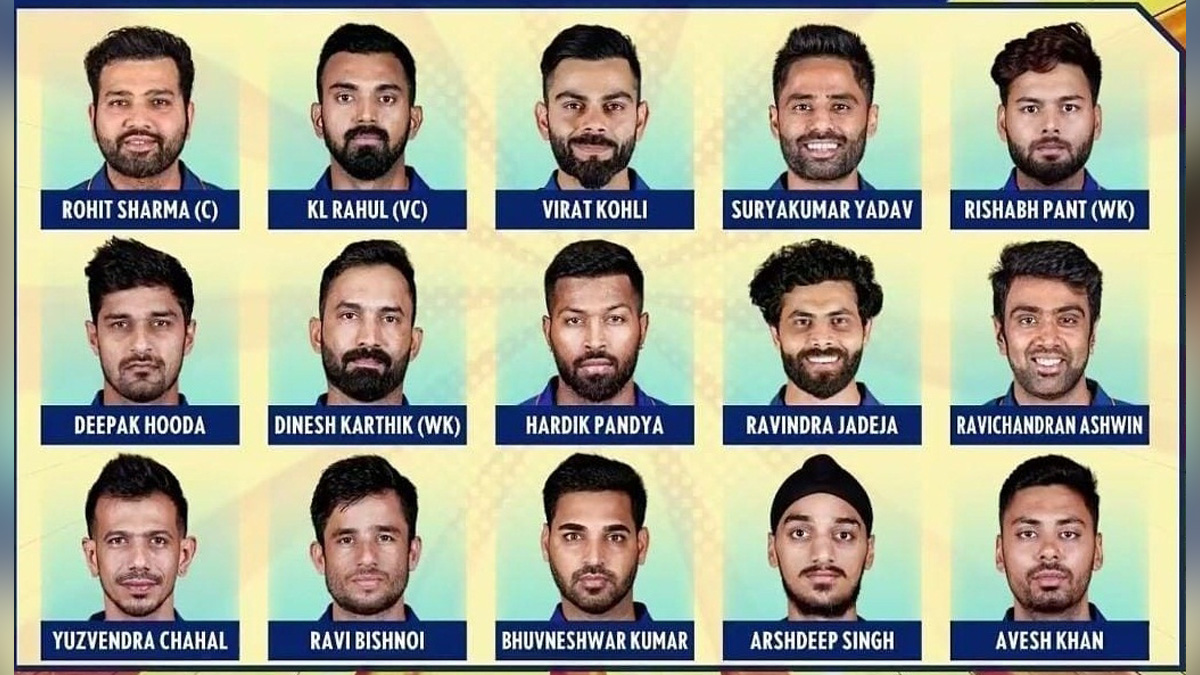 New Delhi : Talismanic batter Virat Kohli and opener KL Rahul on Monday made a comeback to T20Is through the 15-member squad for Asia Cup 2022.But pace spearhead Jasprit Bumrah will not be a part of the competition due to back injury.

Harshal Patel also misses out due to a rib injury.Bumrah did not tour West Indies after the trip to England ended on July 17 and was rested from the upcoming ODI series in Zimbabwe.”Jasprit Bumrah and Harshal Patel were not available for selection owing to injuries.

They are currently undergoing rehab at the NCA in Bengaluru,” said the BCCI in a statement.Young left-arm pacer Arshdeep Singh has retained his place in the side after putting in impressive performances during the T20I series against the West Indies, where he was adjudged as ‘Player of the Series’.

Kohli, who has been in a prolonged lean patch, returns to the side having last featured during India’s tour of England in July and was rested for white-ball tour of West Indies and the upcoming ODIs against Zimbabwe.

Rahul also returns after a groin injury ruled him out of T20I series against South Africa at home. He then underwent a sports hernia surgery in Germany, ruling him out of England tour.

Rahul was set to return during India’s T20I series against West Indies, but a positive Covid-19 test ahead of the tour meant he wasn’t included in trip to the Caribbean.

Leg-spinner Yuzvendra Chahal too returns to the squad after being rested for the five-match T20I series against the West Indies while there was no room for Sanju Samson and Ishan Kishan.The BCCI also announced that Shreyas Iyer, Deepak Chahar and Axar Patel will be backup players for Asia Cup 2022.

Asia Cup 2022 will be played in the UAE from August 27 to September 11. The 15th edition of the tournament will be played between six teams, including a qualifier team.India enter the competition as defending champions and are also the most successful team, having won the trophy seven times.

They opened their title defence against Pakistan on August 28.While the last edition of the tournament was held in an ODI format, this edition will be played in T20 format due to 2022 being a T20 World Cup year.

India are in Group A alongside Pakistan and a qualifying team while Sri Lanka, Bangladesh and Afghanistan form Group B.Each team plays the other once in the group stage with the top two teams from each group advancing to the Super 4 round.The top two teams from Super 4 will qualify for the final.