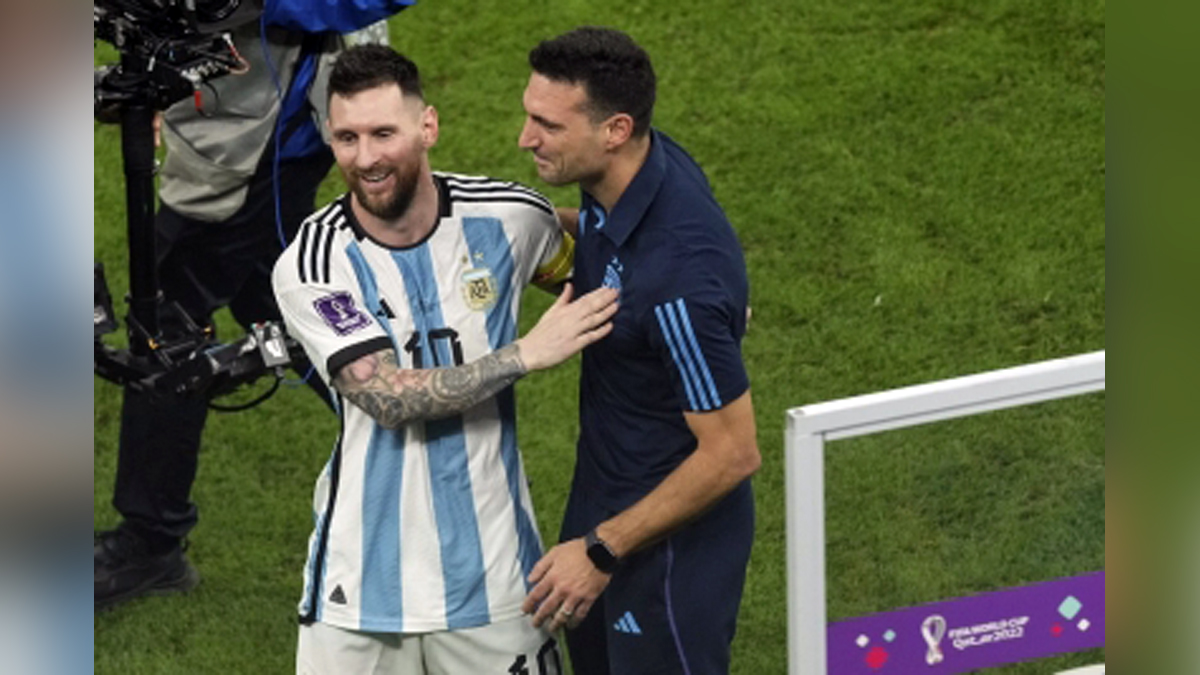 We need to save Lionel Messi a spot for the next World Cup : Lionel Scaloni

Lusail (Qatar) : Argentina manager Lionel Scaloni raised the possibility that Lionel Messi could play until the 2026 World Cup after the Albiceleste captain led his team to glory in football’s showpiece tournament on Sunday.

Messi scored twice as Argentina and France were locked at 3-3 at the end of extra time in a thrilling final at Lusail stadium. Goalkeeper Emiliano Martinez then saved two spot-kicks in the shootout as the Albiceleste secured their third World Cup trophy and first since 1986.

“We need to save him a spot for the next World Cup. If he wants to play, he’ll be with us,” Scaloni was quoted as saying by Xinhua news agency. Messi has repeatedly said that this World Cup – the fifth of his career would be his last.

Despite having won the 2021 Copa America and now football’s most coveted prize, Scaloni suggested that Messi could still have the motivation to continue his international career beyond Qatar. “He’s more than entitled to decide if he wants to play on with Argentina or whatever he wants to do with his career,” Scaloni said.

Scaloni dedicated the victory to the Argentinian people, adding that the support of fans had provided constant motivation throughout the tournament. “This team plays for the Argentinian fans,” he said. “Everyone is pulling in the same direction.

This is the greatest pride when you are playing for your own country. “The players broke their backs because they understood what they had to do. We are very happy and proud. Today we are the World Cup champions and deservedly so.

We are going to celebrate in Argentina. That’s the first thing I want to do now.” Scaloni revealed that he only settled on his starting lineup for the final — including his decision to deploy Angel Di Maria on the left wing 90 minutes before kickoff.

He singled out special praise for goalkeeper Emiliano Martinez, who made a crucial last-minute save to deny Randal Kolo Muani before his shootout heroics. “(Emiliano) told the players that he was going to save some penalties and that gave his teammates the confidence to step up [for the shootout],” Scaloni said.

“After he said that, he saved two penalties. That shows the trust and confidence we have within the team.”