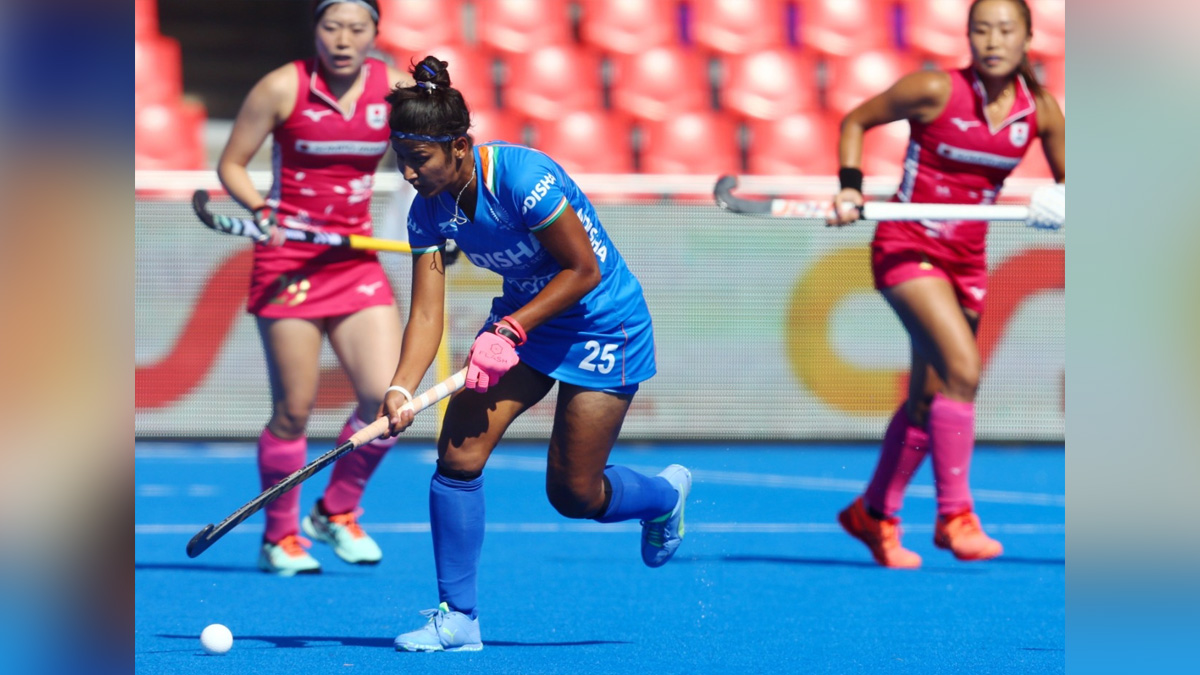 We will work on bettering our performance at CWG : Navneet Kaur after India finish 9th in Hockey WC

The Indian team began their World Cup campaign with a 1-1 draw against England. In their next match, they were held to a 1-1 draw by their Asian opponents, China. India’s final group stage match ended in a 3-4 defeat to New Zealand.

India had a chance to go to the quarterfinals despite finishing third in the group stage if they could have defeated Spain in their crossover match. However, India lost out on the opportunity to finish in the top 8 after their 0-1 loss to Spain.

Speaking about India’s heartbreaking loss to Spain, Navneet Kaur said, “When we lost the match against Spain, we were utterly disappointed but knew we had to quickly put that match behind us and focus on the upcoming games against Canada and Japan.”

“The only thing we wanted was to register good wins against these two teams and finish our World Cup campaign on a positive note,” she continued.In their 9th-16th place game, India defeated Canada 2-3 via shootout after the game was tied at 1-1 at the end of regulation time.

Following that, India defeated Japan 3-1 in the 9th-12th place match on Wednesday night at the Estadi Olimpic de Terrassa to finish the tournament at the 9th spot in the final standings.”I feel we could have done even better against Canada and not let the match go into a shootout.

But we missed many chances in the circle. Against Japan, it was important we improvised our chances and we pushed them from the word go,” Kaur said.Navneet Kaur was the standout performer for India against Japan as she netted a brace and speaking about the same, she said, “I am happy I could contribute to the team’s result.

There are many takeaways from the matches we played in the WC. We will work on bettering our performance at CWG.”India will kick off their CWG campaign against Ghana on July 29.