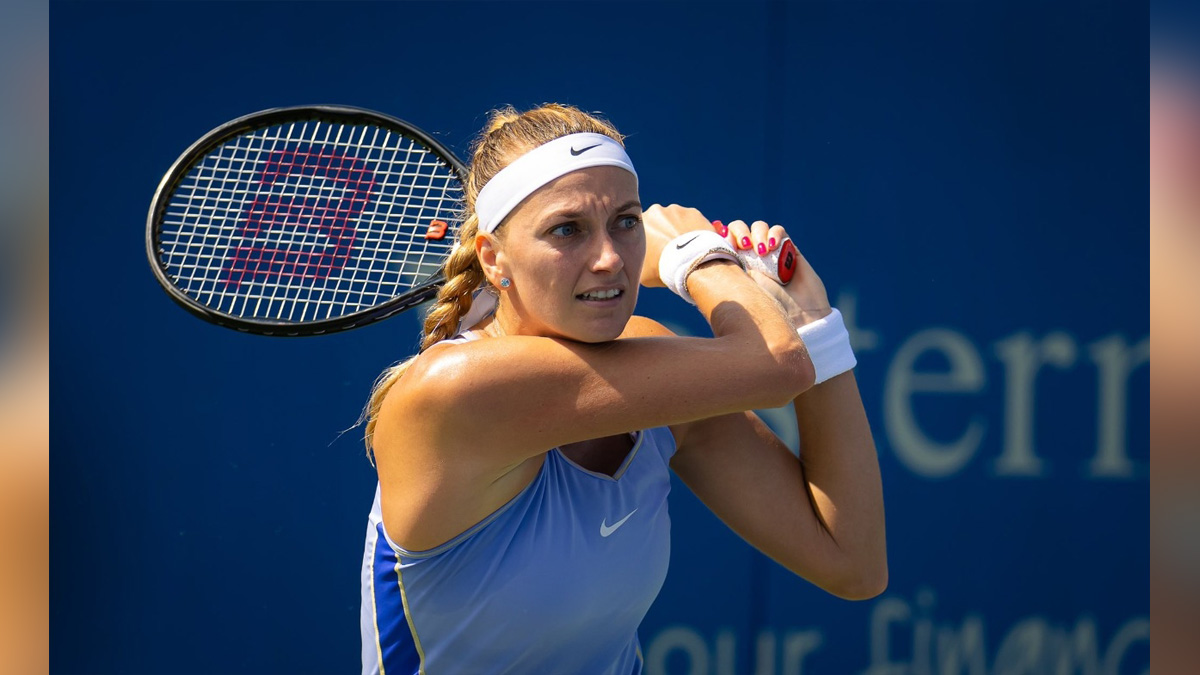 Cincinnati (USA) : Czech Petra Kvitova reached the Western & Southern Open quarterfinals with a 6-1, 4-6, 6-0 win over No. 5 seed Ons Jabeur in 1 hour and 47 minutes, here on Thursday.Kvitova has four wins over Jabeur, including a 6-1, 6-2 win at the same stage of Cincinnati last year.

She leads their overall head-to-head 4-1, and this was the first in the series to go to a deciding set. Jabeur’s sole victory came in Sydney this year.With this win, The 32-year-old has now reached four Cincinnati quarterfinals.

She was a semifinalist in 2012 and 2018, and also reached the last eight in 2021. Despite this, her winning percentage at the tournament prior to this week was only 55 per cent — her second-lowest at any WTA 1000 event, above only Rome (50 percent).

Also, Jabeur is the first Top 10 player she has beaten in Cincinnati.A total of 31 winners were struck by Kvitova, including five aces, to 43 unforced errors. The World No.28 also found her best returns on big points, slamming clean winners to break for 4-0 in the first set and for 5-0 in the third set.

A series of deep, powerful returns also elicited key errors from Jabeur. The Tunisian committed 30 unforced errors to only nine winners.Jabeur coughed up two double faults in her opening service game and only landed 35 per cent of her first serves in the first set.

This improved to 62 per cent in the second set, which along with a dip in Kvitova’s form enabled Jabeur to level the match. But the Wimbledon finalist fell away precipitously in the decider, showing vocal frustration at her form throughout.

Nonetheless, Jabeur still managed to come up with a sprinkling of her trademark hot shots.A whipped forehand pass in the second game of the second set was a springboard to get a foothold in the match; and she pulled off a remarkable sliced backhand passing shot from behind the service line and with the ball dipping below net height to reach set point.