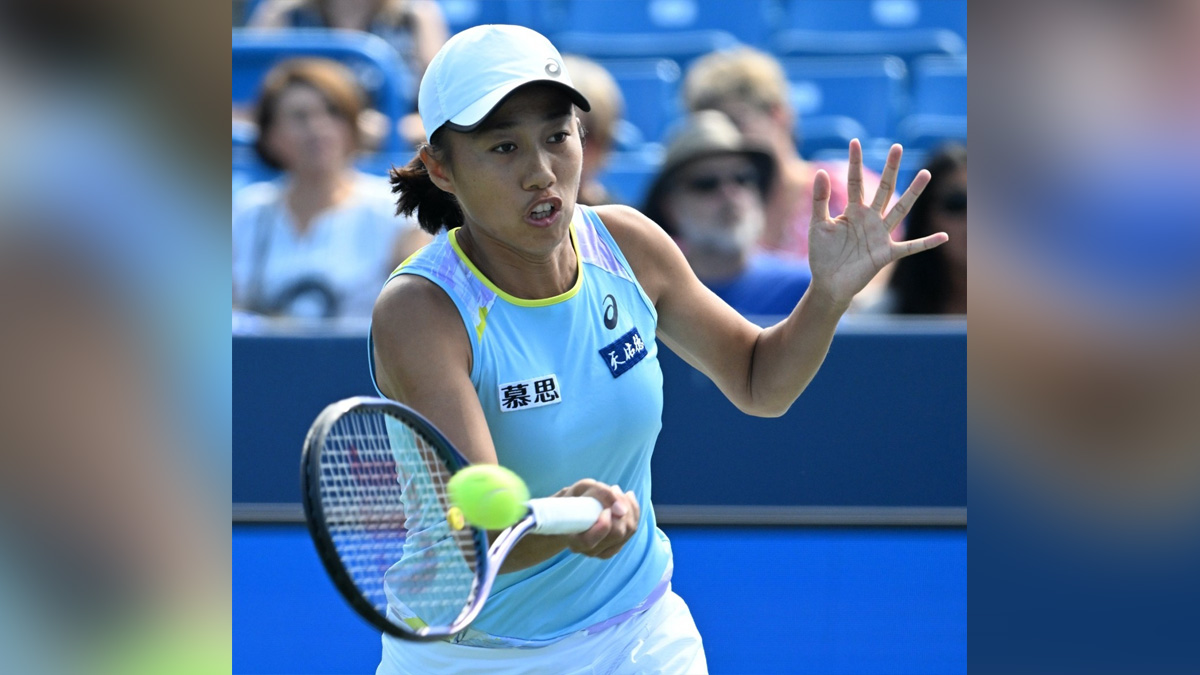 Cincinnati (US) : China’s Zhang Shuai advanced to the second round of the Western & Southern Open with a 6-4, 7-5 win over 2020 finalist Naomi Osaka in 75 minutes, here on Tuesday.The result levelled the pair’s head-to-head at three wins apiece.

Zhang had previously beaten Osaka at Tokyo 2016 and Madrid 2018, but Osaka had won their only meeting since she became a Grand Slam champion, edging Zhang 3-6, 6-4, 7-5 in the 2018 Beijing quarterfinals.

Zhang had not defeated a major winner since the first round of the 2020 Australian Open, where she took out Sloane Stephens 2-6, 7-5, 6-2. The 33-year-old has enjoyed a solid season to date, though, including capturing her third career title in Lyon in February and also reaching the Birmingham final in June.

Word No 44 Zhang will next meet Ekaterina Alexandrova as she bids to reach the third round in Cincinnati for the first time.Osaka’s first serve was clicking. The former World No.1 landed 10 aces, the fifth time this year and the 34th time overall she has reached double digits on that front.

But a 53 percent first serve percentage negated this advantage, and the rest of her game didn’t match its standard.Osaka’s 21 winners were outweighed by 29 unforced errors, and she won just 37 percent of her second serve points.

The 24-year-old was unable to outrally Zhang, with her forehand repeatedly breaking down in the longer baseline exchanges.Zhang’s four aces were some way off Osaka’s tally, but the Chinese player used her serve much more effectively.

An 86 percent first serve percentage, but winning over 73 percent of the points behind both her first and second deliveries was more important to keeping her momentum. Zhang excelled at one-two punches in particular, closing out the first set with two in a row.

Osaka showed flashes of her best form as she levelled the second set at 5-5, having trailed 5-3, slamming some excellent backhands to break Zhang for the only time.

But having hauled herself back into contention, it was the backhand that let her down at 5-5, contributing a slew of errors to drop serve again.Serving for the match a second time, Zhang made no mistake, sealing a love hold with her fourth ace of the day.