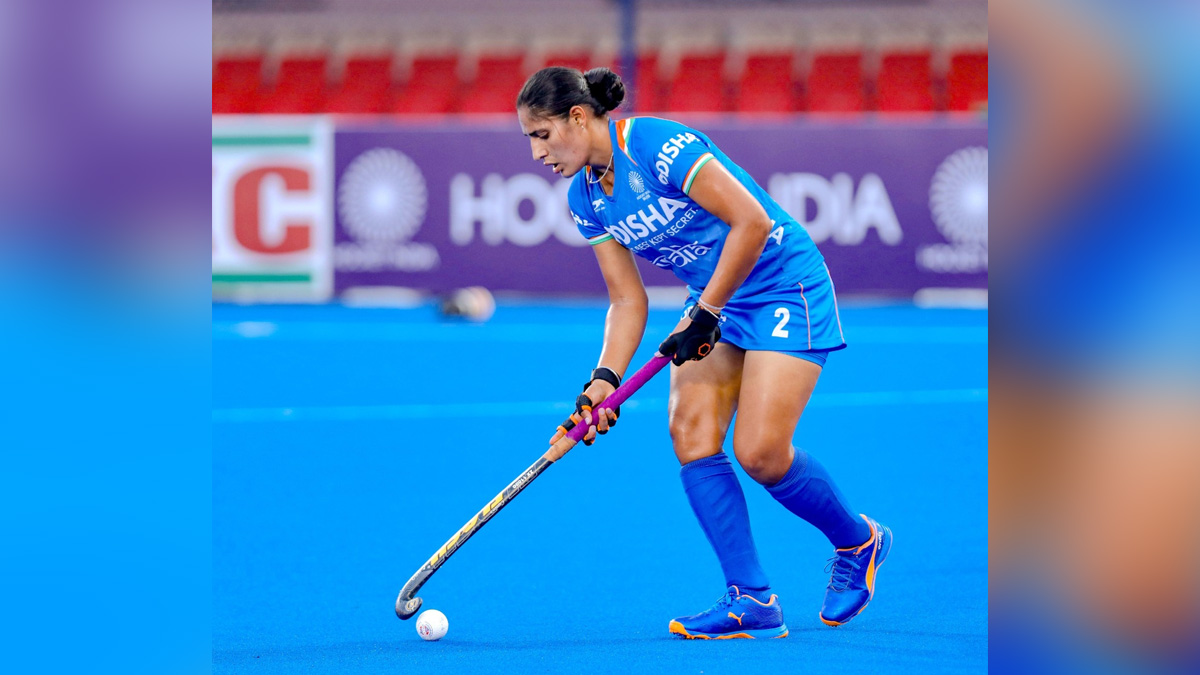 Amsterdam : The ace defender Gurjit Kaur said that the Indian team is aiming for a podium finish in the upcoming 2022 Women’s Hockey World Cup following a remarkable performance in the FIH Hockey Women’s Pro League 2021/22.

Appearing on the FIH Women’s Hockey World Cup 2022 special episode of ‘Hockey Te Charcha’, Gurjit spoke candidly about the Indian team’s preparations and the prospects for the coveted event.When asked about the mood in the Indian camp in Amsterdam, the charismatic drag-flicker said, “Yes, we are thrilled to be here.

This is my second World Cup appearance. So, to be honest, I’m hoping to savour every moment this time around. And, in short, we are all ecstatic to be here.””Hockey is a prominent sport in the Netherlands. A lot of people play hockey in this country.

We went to a ground one day and observed several young players playing hockey; perhaps this is why the Netherlands produces so many world-class players,” Gurjit stated while speaking about the mood in the Netherlands ahead of the much anticipated 2022 Women’s Hockey World Cup.

Gurjit also highlighted the improvements Indian team has made in the recent, particularly since the 2020 Tokyo Games.”We have progressed a lot since the Tokyo Games. Yes, we did not win a medal in Tokyo, but we did perform admirably there.

There were several tournaments, and for the first time, we competed in the FIH Hockey Women’s Pro League. So, certainly, all of these games have helped us improve both our game and our confidence,” she added.

“Everyone is putting in a lot of effort in training as all of us want to win a medal at this World Cup. And, yes, we are just really riled up for this event and we will do everything it takes to finish on the podium here,” she concluded.

Indian senior women’s hockey team is placed in Pool B in the FIH Hockey Women’s World Cup alongside England, New Zealand and China. India will take on England in their tournament opener on July 3 at 2000 hrs IST.