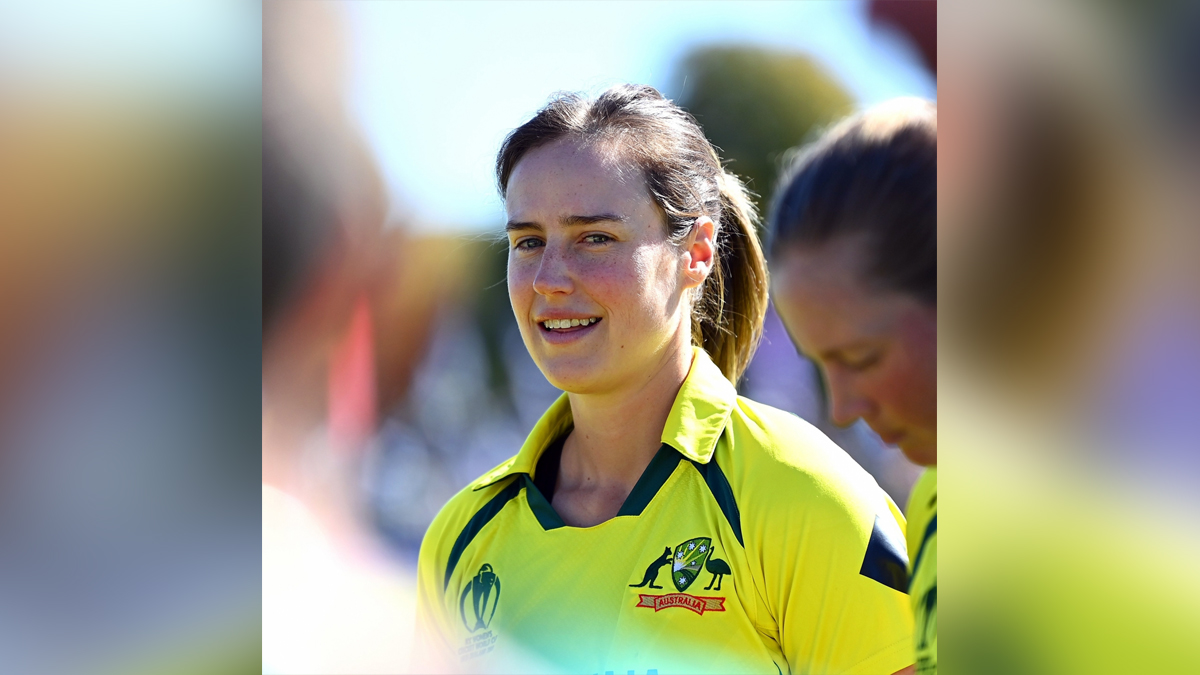 Women’s IPL will be the next frontier for the women’s game, believes Ellyse Perry

Mumbai : Australia’s premier all-rounder Ellyse Perry believes that the Women’s Indian Premier League (IPL) will be the next frontier for women’s cricket and that the tournament can replicate the impact of Women’s Big Bash League (WBBL) and The Hundred.

The Board of Control for Cricket in India (BCCI) had recently floated the tender to award Women’s IPL media rights for the 2023-2027 period, which is available for purchase till December 31. The tentative window for playing the inaugural edition of Women’s IPL is March 2023.

“Never seen the crowd pull out their mobiles and turn on the flashlights and support a team like they did in the Indian innings. For me that’s just amazing. The IPL is going to be amazing, tremendously.”

“(Women’s IPL will be) next frontier for the women’s game. We’ve seen what the WBBL has done for women’s cricket in Australia, the Hundred in England and the next step is the women’s IPL in what is the spiritual home of cricket,” said Ellyse after the fourth T20I between India and Australia ended.

Ellyse had been not a regular feature in Australia’s T20I playing eleven after October 2021, with her being on sidelines during Women’s Ashes and Birmingham Commonwealth Games.

In the four T20Is she’s played against India, Ellyse has picked two wickets with the ball and dished out scintillating knocks of 75 and 72 not out. “The game’s continuing to evolve and grow and you have to go with it.

I’m really enjoying the opportunity batting with this group. Grace was absolutely amazing, so was Ash Gardner.” “I’d be disappointed in myself as a sportsperson if I got involved in those conversations. To me sports has always been such a joy and it’s been such a privilege to be part of this team and to play for as long.”

“It’s been nice to be able to play the way I have in the last couple of games but even nicer to just be involved with this team. I’ve been right here (laughs). Nothing’s changed too much. Different roles for different teams.

As I said just got to evolve with the game,” she elaborated. Off-spin all-rounder Ashleigh Gardner, who scored 42 and picked two wickets in Australia’s seven-run win at Brabourne Stadium on Saturday, emphasized on the importance of mixing up line and lengths in T20Is for achieving success.

“I think every single pitch we have played on while here in India has been fantastic to play on. I just think it was really crucial what lengths you bowl. I know if you pitch it up, it’s easier to hit straight down the ground. So I was just bowling it into the ground.”

“It’s important to be able to mix up your lengths. I know T20 cricket is quite batter friendly and everyone just assumes that when you come to India there will be lot of spin, but in this format you don’t expect much turn.”