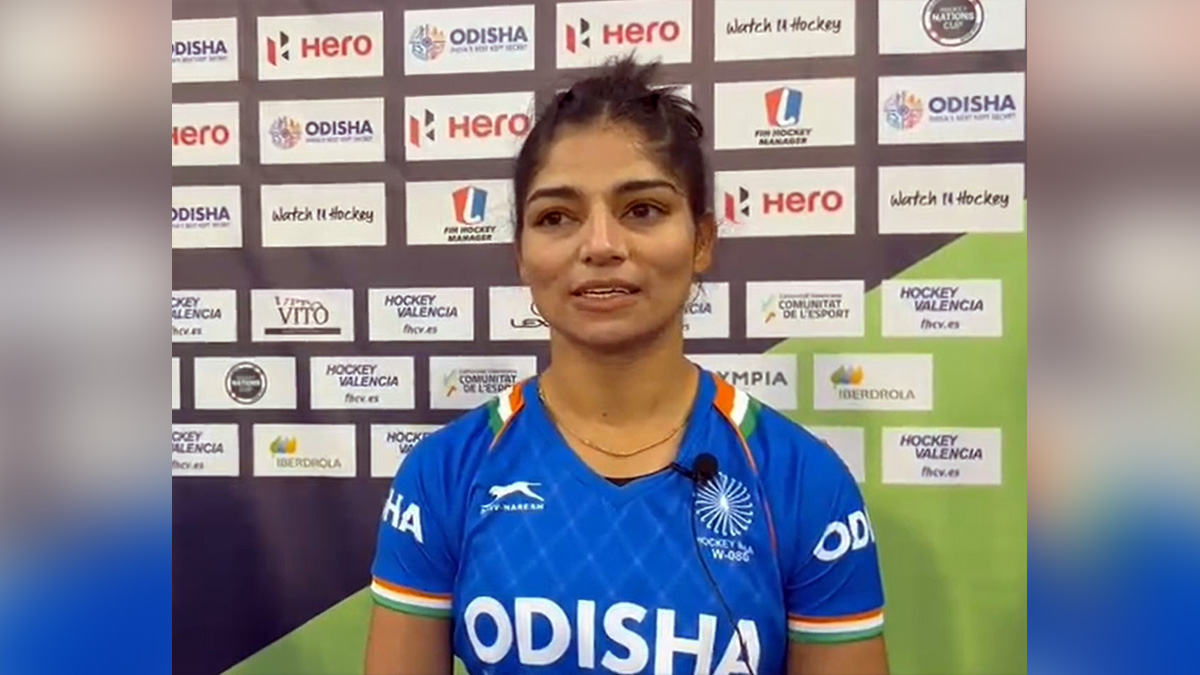 Valencia : Hoping to make it back to the FIH Pro League, the Indian women’s hockey team fought back from a goal deficit to quell a strong challenge from Ireland, winning 2-1 via shoot-out after the two teams played out a 1-1 draw in regulation time in the semifinals of the FIH Hockey Women’s Nations Cup Spain 2022 here on Friday.

That set up a clash in the final with hosts Spain, who overcame Asian Champions Japan 1-0 in the other semifinal. India then played Ireland in the second semifinal and trailed for much of the game, despite dominating possession and territory, as Elizabeth Murphy had a stellar game in the Irish goal.

India finally managed to find a late breakthrough that sent the game into the penalty shoot-outs where captain Savita showed why she is rated so highly by limiting Ireland to just 1 goal from 5 shoot-out attempts, to seal India’s spot in the finals.

India came into the semifinals on a 3-game winning streak looking to join Spain in the finals for a chance to win the title at the inaugural FIH Hockey Women’s Nations Cup Spain 2022, and the chance to qualify for the FIH Hockey Pro League 2023-24.

They will get that opportunity after edging Ireland in a closely-fought encounter, that required penalty shoot-outs to separate the two teams. Naomi Carroll had given Ireland the lead with a field goal in the 14th minute before India fought back to level score in the 44th minute when Udita converted a penalty corner.

India were the dominant team in terms of possession and territory throughout the game, but for much of the game Ireland were the team in the lead, which they grabbed from their first counter-attacking opportunity, in the dying seconds of the first quarter.

India kept pushing in search of an equalizer as the game was played primarily in the Irish half, but Irish keeper Elizabeth Murphy was in outstanding form, pulling off one incredible save after another to deny the Indians.

India bagged 11 penalty corners in the game, but Murphy managed to pull off save after save to deny them, with some flicks from Gurjit Kaur seeming destined to disturb the net until Murphy’s stick pushed the ball away in the very last second.

Murphy was finally beaten in the 45th minute from a penalty corner taken by Udita, as a flat shot by the Indian defender bobbled and bounced just over Murphy’s outstretched stick. India kept pushing for a winner, but Murphy would not be beaten again, and the teams headed for a shoot-out.

Indian keeper Savita, who had precious little to do in the game, stepped up for her team and pulled off three saves, including a penalty stroke, in the shoot-out to give India a shot at the title in the finals on Saturday against Spain, while heartbroken Ireland, will face Japan with a chance at winning bronze.

Spain won the first semifinals of the day, withstanding incredible pressure on their goal, but holding firm to narrowly defeat Japan 1-0, making it four straight hours of hockey played in the FIH Nations Cup without conceding a single goal.

1st Test : Was nervous initially but it was not difficult adjusting to Test cricket after a long break : Kuldeep Yadav

BBL : ‘They just nicked them’, says Strikers’ Henry Thornton after bowling out Thunder for 15