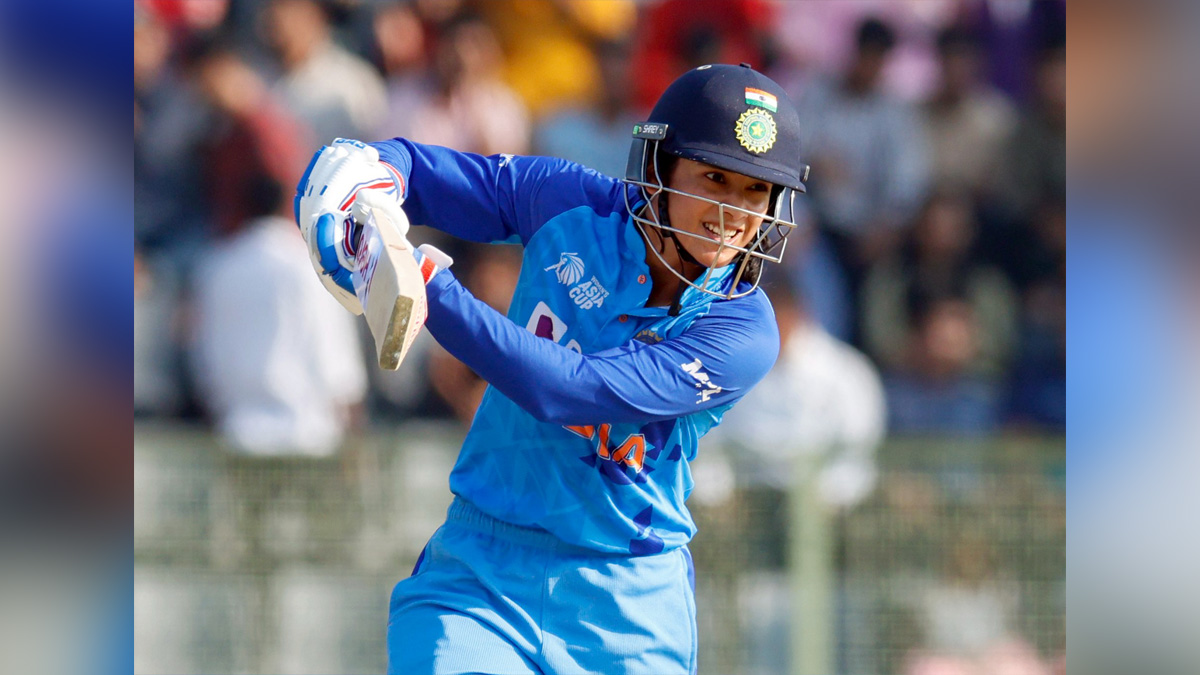 Women’s T20I tri-series : Whatever Amanjot Kaur, Deepti Sharma did, it was amazing to watch : Smriti Mandhana

“We spoke before the match that we need to show our character and the team did that. The partnership between Amanjot and Deepti showed that. With the start we got, we thought of getting to 120-130, but we got about 15 runs more, credit to them Whatever they did, it was amazing to watch,” said Smriti in the post-match presentation ceremony.

With the ball, Deepti led the way by picking three wickets while leg-spinner Devika Vaidya picked up two scalps, followed by spinners Rajeshwari Gayakwad, Sneh Rana and Radha Yadav taking a wicket each to bowl out South Africa for 120.

“Batters told us that it’s turning, it’s a dry surface and our spinners believed they could do the job. Our bowlers then did their job on this pitch,” added Smriti.

The win for India came after captain Harmanpreet Kaur was unavailable for the match because of illness, apart from the returning Shikha Pandey, Renuka Singh Thakur and Pooja Vastrakar not featuring in the tri-series opener.

South Africa skipper Sune Luus lamented the fact that there was no one left to take them home on a pitch which made her feel like playing in India. “We pulled it back nicely but then lost our way in the death overs. Deepti played a nice innings.”

“This was a real challenge for us. It felt like playing India at home. We just wanted two batters to stay till the end and take the team home which didn’t happen. Long way to go.”

India’s next match in the tri-series will be against West Indies on Monday. South Africa, on the other hand, will be back on the field on Saturday to play against the West Indies.