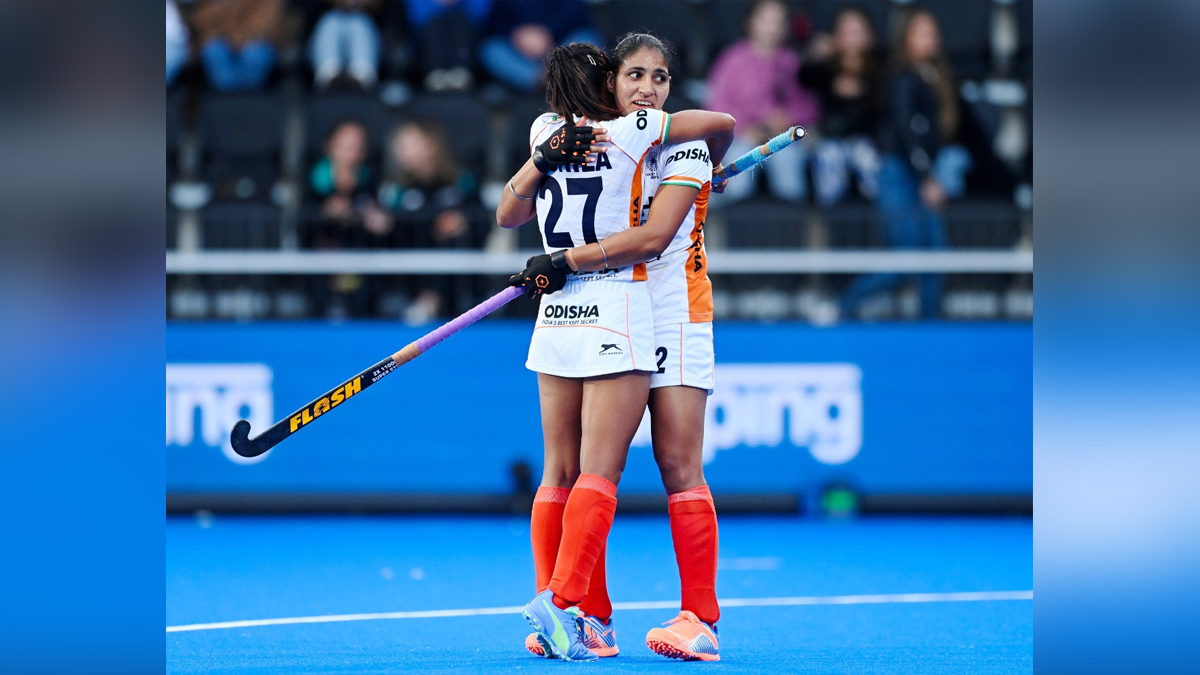 Amstelveen (Netherlands) : The Indian women’s hockey team put up a gritty performance against New Zealand in their Pool B match, but went down fighting 3-4 at the FIH Hockey World Cup 2022 in a late Thursday night game.

However, the Savita-led India team is still in contention for a spot in the quarterfinal as they finished third in their pool.

India will face the side which finishes second in Pool C in the crossover match on July 10 for a place in the last-eight. Vandana Katariya (4th munite), Lalremsiami (44th) and Gurjit Kaur (59th) were the scorers for India.

The Indian team started the game aggressively and put pressure on their opponents in the opening minutes of the match. In the fourth minute, Lalremsiami produced a fantastic ball from the edge of the circle and Vandana Katariya got into a great position to tap the ball into the goal to help India take a 1-0 lead.

New Zealand made a circle penetration in the 10th minute, but couldn’t find the back of the net. The Kiwis fought back after they earned a penalty corner and Olivia Merry didn’t miss out on the opportunity of slotting the ball into the goal in the 12th minute.

The Indians earned the moment in the opening minutes of the second quarter and obtained a penalty corner in the 18th minute. However, Deep Grace Ekka couldn’t find a way to break the 1-1 deadlock.

The India team continued to be the aggressors for most part of the second quarter, but the New Zealand defence stood firm and kept their opponents at bay.

However, New Zealand made a circle penetration in the 29th minute and Tessa Jopp found the back of the net to help the Kiwis take a 2-1 lead.New Zealand rode on the momentum and earned back-to-back penalty corners in the opening minutes of the third quarter.

Frances Davies converted the second PC in the 32nd minute to help the Kiwis extend their lead further to 3-1.The Indians earned a penalty corner in the 43rd minute.

However, they missed out on converting the opportunity. They continued to put pressure on their opponents and obtained a PC in the 47th minute, but the Kiwis kept India at bay yet again.

However, Sushila Chanu’s fantastic pass into the circle in the 44th minute to Lalremsiami, who deflected the ball into the goal, kept India in the game.

The Indian team earned a PC in the opening minutes of the final quarter, but Ekka struck the ball wide of the left post. India obtained a flurry of PCs in the 47th minute, but the Kiwis stood firm once again.

India won multiple PCs in the final minute of the match, but the Kiwis ensured they walked off the field as winners.India will take on Spain or Korea (whoever finishes second in Pool C) on July 10.