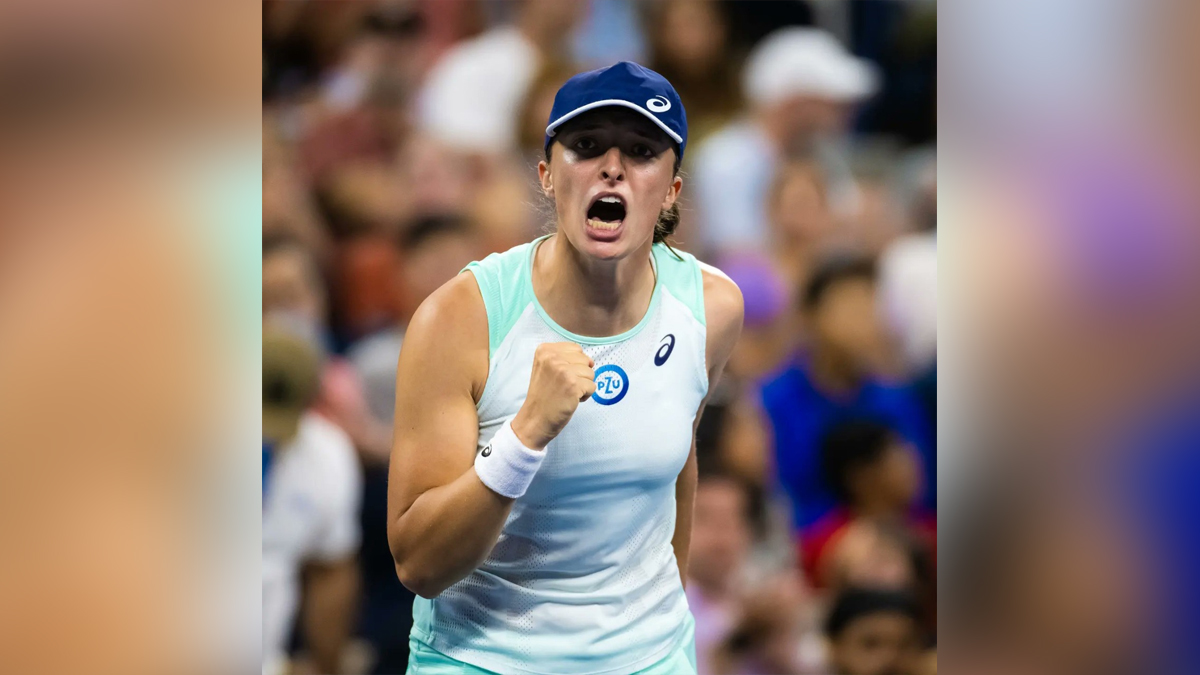 San Diego (California) : Women’s world No. 1 and winner of two majors this year, Poland’s Iga Swiatek, heads the draw at the San Diego Open a WTA 500 event , where a rematch of the French Open final against American Coco Gauff could be on the cards in the third round.

Besides Swiatek, the winner of the French and US Open this year, the other top players in the fray include Americans Jessica Pegula and Gauff and Canada’s Bianca Andreescu and Leylah Fernandez.
The top four seeds Swiatek, Paula Badosa, Aryna Sabalenka and Pegula have received byes into the second round.

Swiatek will face either Wimbledon champion Elena Rybakina or Spain’s Garbine Muguruza, with a potential rematch of the French Open final looming in the third round against Gauff. The teenage American is set to play her first tournament since making her Top-10 debut and will open against a qualifier, according to wtatennis.com.

No.4 seed Pegula is in the second quarter of the draw along with No.8 seed Daria Kasatkina. Pegula will face either Sofia Kenin or hometown wildcard CoCo Vandeweghe in the second round. Kasatkina will face Fernandez in the first round.

No.3 seed Sabalenka leads the third quarter of the draw along with No.5 seed Maria Sakkari, who took a late wild card. A semifinalist at the US Open last month, Sabalenka will face either No.12 Veronika Kudermetova or wildcard Sloane Stephens of the US in the second round. Sakkari will open against a qualifier.

No.2 seed Badosa and No.7 seed Caroline Garcia lead the last quarter of the draw. Garcia will face Danielle Collins in the first round. Badosa faces Alison Riske-Amritraj or a qualifier in the second round.

I am scoring runs, doing a lot of hard work, but not getting a chance : Prithvi Shaw