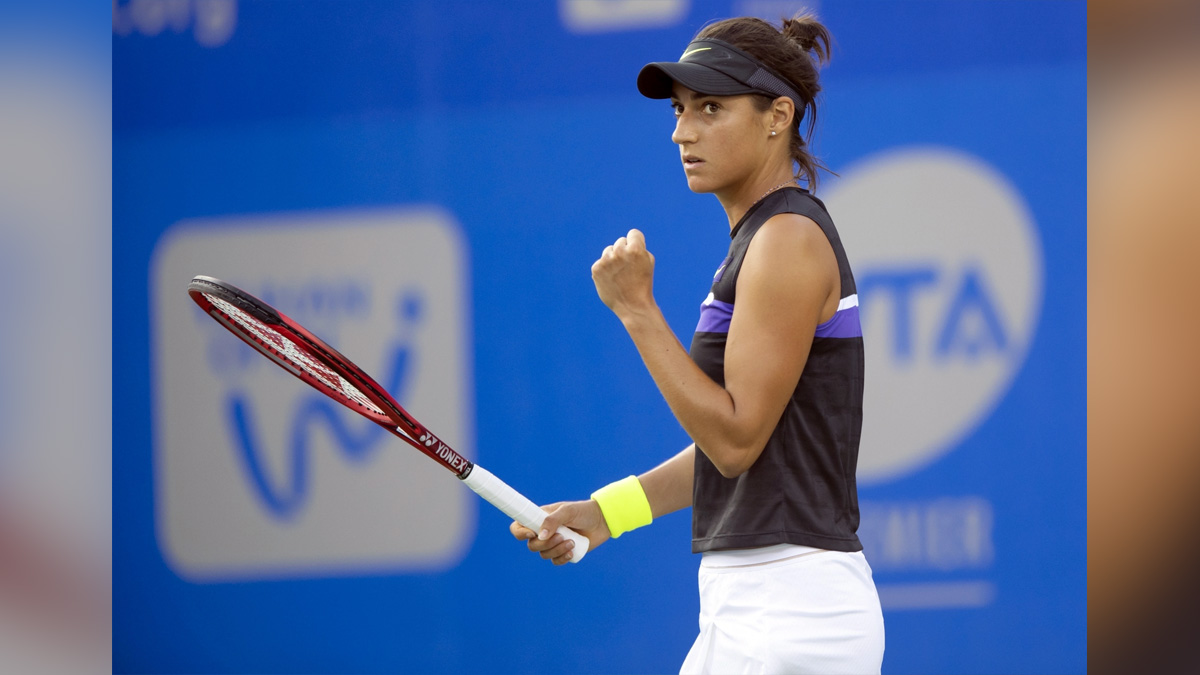 Fort Worth (Texas) : Trailing by a set, French tennis player Caroline Garcia returned to her usual best and won a memorable match, 4-6, 6-1, 7-6(5) in 80 minutes against Russian Daria Kasatkina and advanced to semifinals in the WTA Finals here on Sunday.

Amid all the scenarios and permutations of round-robin play at the WTA Finals, this match was a black-and-white, winner-take-all situation.Garcia is the third French player to reach the semifinals in her first two WTA Finals appearances after Francoise Durr (1972 and 1973) and Mary Pierce (1993 and 1994).

“It’s definitely a great achievement. I was already really proud to be in the Top 8. I don’t really know if I realize that this is the semifinal tomorrow. It proves that this year was definitely a good year.

I started very far from the Top 10, the Top 8, and I make my way to it.Today, it’s one more thing that proves my game style is working and I have to keep going that way,” Garcia was quoted as saying by the WTA.

“I tried to stay very positive, keep fighting, try to play aggressively, even if she is probably the best defensive player in the world and such a fighter,” Garcia said in her on-court interview.”We have kind of very opposite games, so it made some great rallies.”

“I had a crisis of panic, I think I lose my mind a little bit,” Garcia said. “Obviously, she was bringing back a lot of balls and I went for too much. Second set was very good.Third set was a battle.”After losing four straight games, almost predictably, Garcia regrouped and won the second set easily.

Her momentum continued when Kasatkina double-faulted to lose the first game of the third set.But with Garcia serving at 3-2, Kasatkina pulled off two incredible shots when she needed them most to break.

The first was a retrieved drop shot that she flicked a cross-court forehand for a winner.Down 3-4, Garcia prevailed in a 14-point game that ran nearly nine minutes when she hit an emphatic ace.

The ninth game, at 4-4, lasted more than 13 minutes and was epic. There were nine deuces, four double faults and six break chances for Garcia and yet, Kasatkina escaped when a Garcia forehand sailed long.Appropriately, it was reduced to a tiebreaker, where Garcia was that one shot better, finishing it off with a match point to remember.

T20 World Cup: What Suryakumar Yadav is doing for the team is remarkable : Rohit Sharma