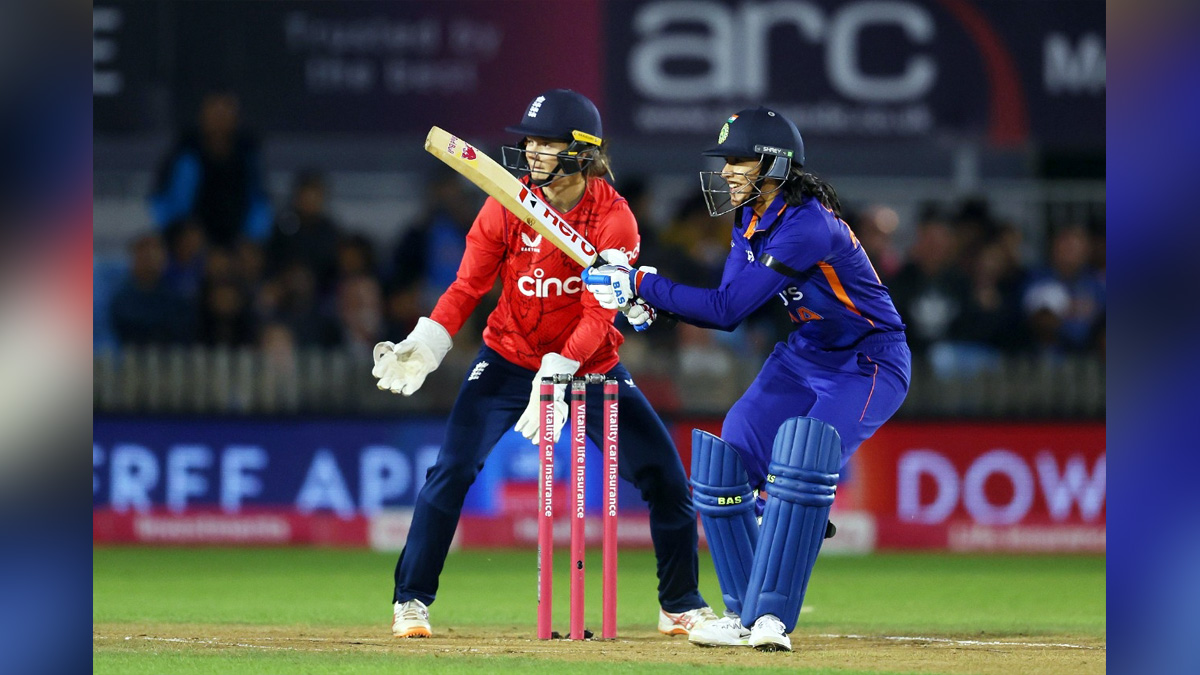 Derby : The experience of batting together for several years and the confidence to calculate the innings played a big role in India women thrashing hosts England by eight wickets in the second WT20I to level the three-match series at Derby’s Incora County Ground late on Tuesday, according to skipper Harmanpreet Kaur.

It’s always a tough task to come back from a demoralising loss, but Harmanpreet Kaur and her team-mates overcame the nine-wicket thrashing in the opening T20I in damp and soggy conditions to give a commanding display, where vice-captain Smriti Mandhana played a crucial hand in the morale-uplifting win.

Mandhana, who scored an unbeaten 79, shared two crucial half-century partnerships the first a 55-run stand with opening partner Shafali Verma and then an unbroken stand of 69 with skipper Harmanpreet (29 not out) to ensure victory for the tourists.

Harmanpreet said she enjoys a great on-field understanding with Mandhana, which was crucial in Tuesday’s win.”Whenever we bat together, we have the confidence in how to calculate the innings. We know when to hit the boundaries and take those singles,” said Harmanpreet.

On the kind of discussions in the dressing room following the 9-wicket loss in the opening games, Harmanpreet said, “Definitely, the way we played today I’m really happy. We discussed those things from Durham (weather and soggy conditions and how to play in typical English weather) and put that into practice.

We have plans for the batters, it’s important to execute. Credit goes to the bowlers, the fielders did their bit.”However, Harmanpreet added that there was scope for improvement in the fielding department. “We want to show some improvements on that side,” she said.

It’s good to bat, good wicket. I found my touch back, timing the ball the way I want to. You go out as an opener and try to give your team a good start. I’m happy to contribute.On her partnership with Shafali Verma, Mandhana said, “Depends on the day, and the bowlers.

She (Verma) tries to dominate, but knows my strengths and her strengths, so we target different bowlers. Whoever is batting good on the day, it’s not a conversation it just happens.”